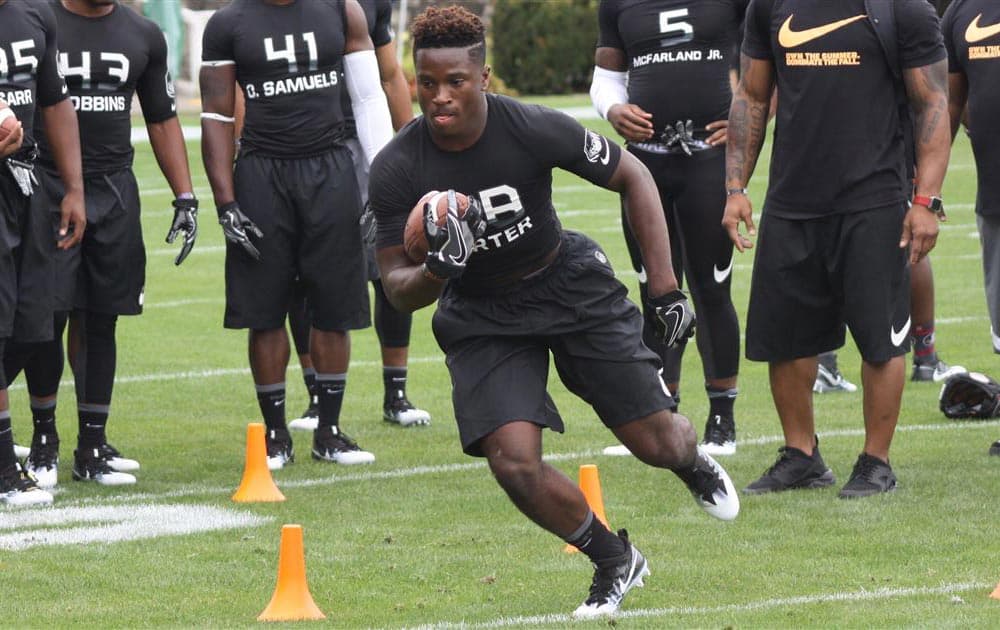 Four-star running back Toneil Carter, who pledged to the Georgia Bulldogs back in July, has decommitted from UGA.

In a Twitter post on Monday, Carter indicated that the decision was primarily due to an early enrollment issue and Nick Chubb and Sony Michel returning for their senior seasons.

First and for most i just want to thank my lord and savor for giving me this opportunity to be able to have the chance to experience this great journey that i’m about pursue. But for the past week i’ve been in contact with the Georgia coaches And due to the two seniors staying something came up with the early enrollment process as you guys could see. So at this moment i would like to thank the Georgia Coaches and the entire Georgia program . I will be decommitting from the University. I want to thank each and every Georgia fan I love you guys . This was totally out of my control.

In the 247Sports Composite, Carter is listed as a four-star recruit, the No. 7 running back, and the No. 137 overall recruit for the 2017 class.

The loss of Toneil Carter leaves Georgia with one running back commitment for the 2017 class — D’Andre Swift, a four-star back out of Philadelphia.