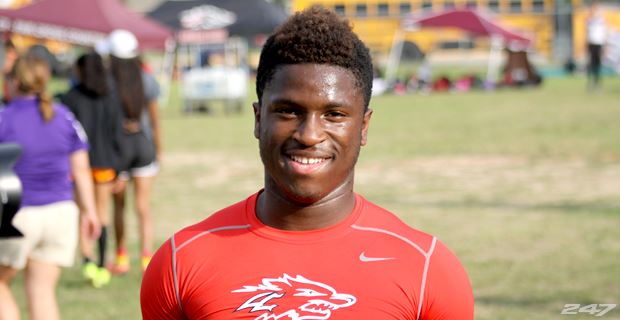 Georgia has landed their first running back for the 2017 class, and the recent tradition of having running backs with star potential in Athens is poised to continue.

Toneil Carter, a four-star running back out of Langham Creek High School in Houston, Tex., has committed to Georgia. He announced his decision at “The Opening,” a football showcase camp hosted by Nike in Oregon. Carter’s commitment was broadcasted by fellow Georgia recruit Trey Blount on Periscope.

Carter, standing at 5-foot-11, 197 pounds, packs a large punch with a slender build. In his junior season, he racked up 1,206 yards on the ground with 12 touchdowns. Carter ranks as the fifth overall running back nationally and the 16th overall player in the state of Texas, according to 247Sports.

Georgia has had an issue with running back depth, and with stars Nick Chubb and Sony Michel potentially on their way out and headed to the NFL, Carter serves as a must have for Georgia and will pair nicely with the 2016 running back signees, Brian Herrien and Elijah Holyfield.

Carter is the fourteenth recruit for Kirby Smart in this 2017 class, and the first from outside of the Southeast. He also had offers from Texas A&M, LSU and Alabama. Carter’s interaction with Richard LeCounte and other commits made many believe he was a Georgia lean throughout the week.

Carter may not be the last commitment for Georgia on this Saturday at “The Opening,” as the tenth overall offensive lineman, Andrew Thomas is expected to announce his decision at 8p.m. on ESPNU, and Georgia is rumored to be the favorite.