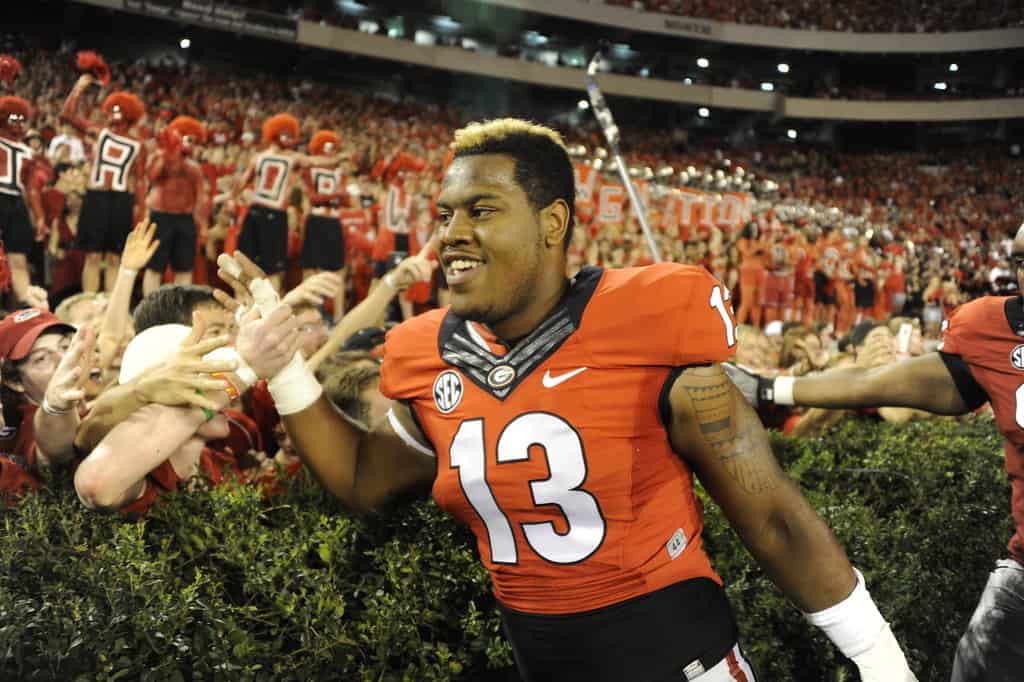 UGA sophomore defensive lineman Jonathan Ledbetter has been arrested for DUI and underage possession, according to the Athens-Clarke County inmate booking log.

UGASports.com first reported the news of Ledbetter’s arrest this morning.

Jonathan Leroy Ledbetter, year of birth 1997, was booked into the jail at 6:05am ET this morning and charged with DUI Alcohol and Underage Possession/Furnishing Alcohol. He posted bond and was released at 10:24pm ET.

The Athens-Clarke County Police Department is listed as the arresting agency. Bond has been set at $1,500 for the DUI charge and $500 for the underage possession charge.

This is the second arrest for Jonathan Ledbetter this year. He was previously arrested on March 19 and charged with possession/making false identification and underage possession/furnishing alcohol. Both charges were later dropped.

As a result of that arrest, UGA head coach Kirby Smart announced that Jonathan Ledbetter “made a huge mistake” and that he would serve a one-game suspension.

The school has yet to make a statement on today’s arrest. Additional info will be posted here as it develops.