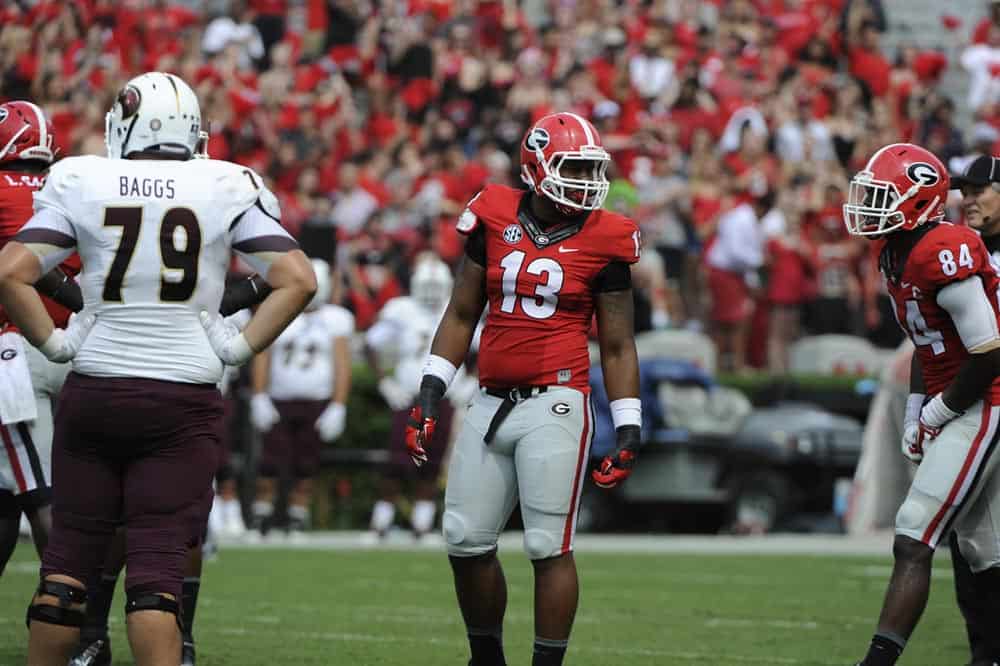 A potential starter with high hopes for Georgia this upcoming season could be in a bit of hot water.

18 year-old sophomore defensive lineman Jonathan Ledbetter was arrested Saturday night on two misdemeanor charges, possession/making false identification and underage possession/furnishing alcohol. According to the Athens-Clarke County Jail index,  Ledbetter was booked at 3:11am ET and released at 4:13am on a $3,000 bond.

Ledbetter appeared in seven games in the 2015 season, recording four tackles. With the departures of Leonard Floyd and Jordan Jenkins, the sophomore was expected to take big strides and crack the starting lineup.

In the midst of the on-field frenzy that is spring practice, this is Kirby Smart’s first distraction off of the field early in his head coaching campaign.

It is expected that Ledbetter would be suspended at least a game, if not more. In his absence, freshman Julian Rochester or sophomore Trenton Thompson could fill his void.

No comment on his punishment has yet been made by Smart or any Georgia Football personnel.