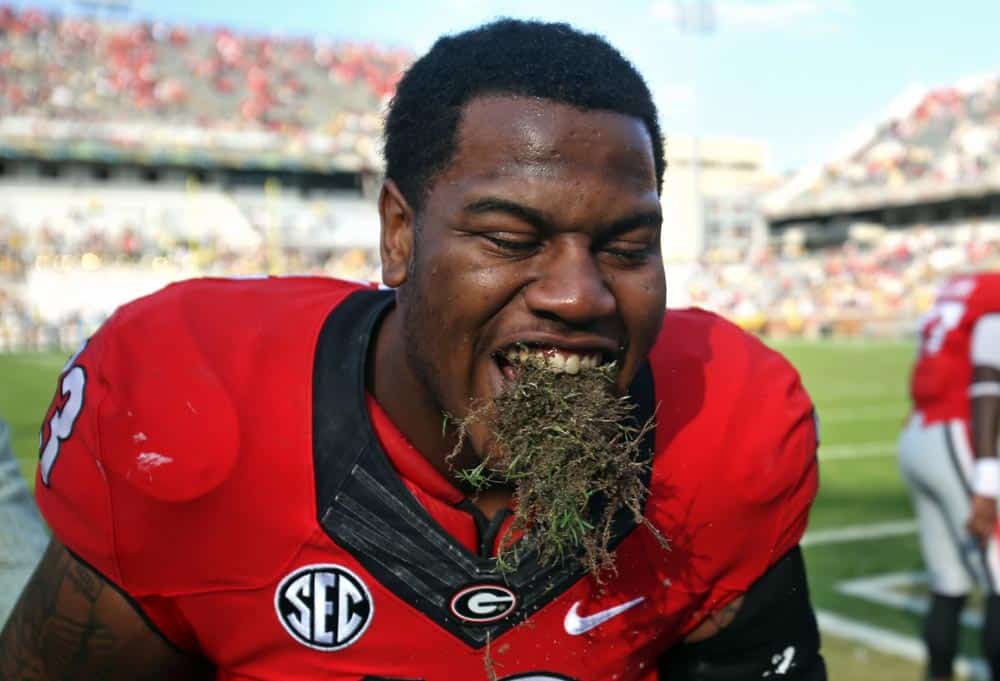 Georgia sophomore defensive lineman Jonathan Ledbetter got himself into trouble with the law over the weekend, and consequently he is in trouble with Kirby Smart and his football team.

Late Saturday night, Ledbetter was arrested by the Athens-Clarke County Police and charged with two misdemeanors, possession/making false identification and underage possession/furnishing alcohol. At the time no comment had been made by Georgia’s staff on Ledbettter’s punishment.

However, when the sophomore was able to return to the team, that changed as Smart was unsurprisingly displeased on his actions.

“He made a huge mistake,” Smart told reporters on Tuesday after practice. “He embarrassed himself, his family and our family.”

The displeasure by Smart displays his strict policy on poor actions, and showed he is not afraid to act quickly despite this being his first incident since being on the job.

By rule of the University of Georgia Code of Conduct, Ledbetter will be suspended for the season opening Chick-fil-A Kickoff Game on September 3rd against North Carolina. It is currently unknown who will replace him for the opening game, and luckily for Smart the Bulldogs have 165 days to figure it out.

Apologies to the Bulldog Nation, my teammates, coaches, and family. I made a mistake and will give my best to UGA from here on out. 🐾🏈