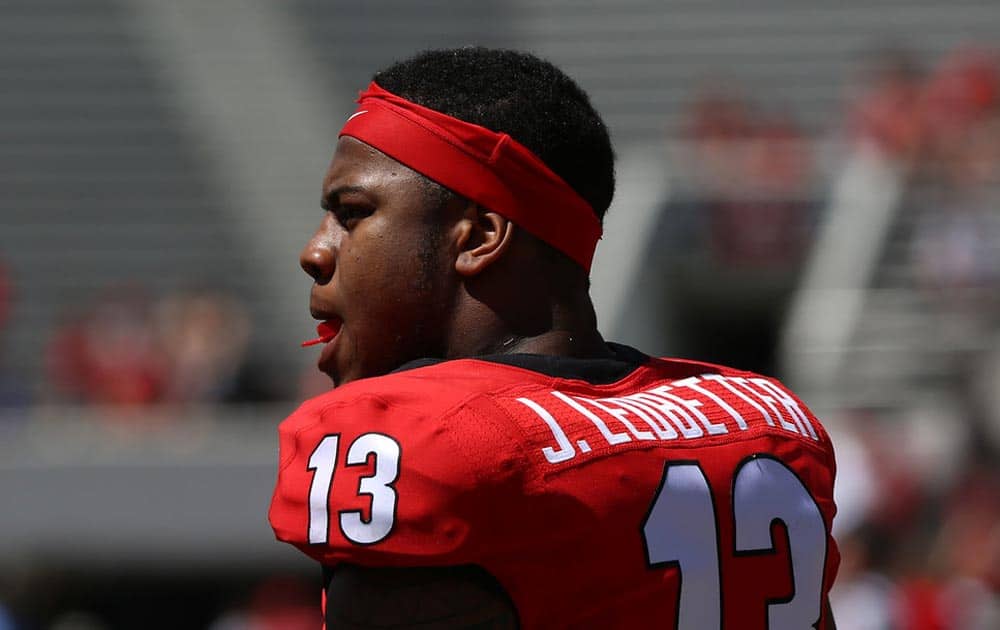 Six days later, while attending the SEC “car wash” event in Bristol, Conn. at ESPN headquarters, Smart gave an indication as to how long Ledbetter may be sidelined. According to ESPN’s Chris Low, it will at least follow the university protocol of two games at a minimum.

Smart said DL Jonathan Ledbetter would be suspended for at least 2 games and hinted it could be more. Depth in DL is Smart's big concern.

Georgia’s first two games this season are against North Carolina in the Chick-fil-A Kickoff Game on September 3 and against Nicholls State in Athens on September 10.

Ledbetter was arrested for a second time in a four-month span. His first arrest in March was for underage possession of alcohol and false identification. However, those charges were dropped due to an illegal search and seizure by law enforcement.

The second run-in with the law for Ledbetter took place in early July. He was found asleep at the wheel at a major Athens intersection, and had trouble becoming alert to the situation. After finally submitting to a breathalyzer test, his blood alcohol content was measured as high as .138, with Georgia’s legal limit being well below at .08.

The situation surrounding Ledbetter still has much to uncover. Georgia is treating the incident as one affiliated with substance-abuse and would not be dismissed from the program. While we have an idea of a minimum suspension, official word is still unknown.