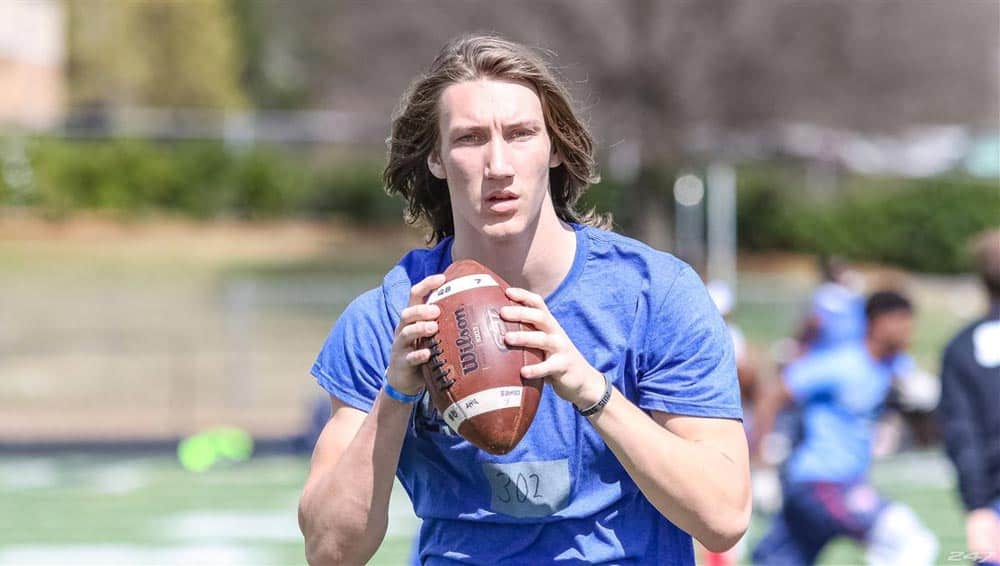 Georgia may move from being a running back dynasty to a quarterback dynasty, if they’re able to land this top recruit.

Trevor Lawrence, a five-star quarterback out of Cartersville, is the nation’s top recruit for the class of 2018, and he released his “top two” on Tuesday via Twitter. The teams chosen are both local products, Georgia and Clemson

Lawrence displays interest in both schools, as he believes Clemson has some superior talent and is particularly fond of their wide receiver core. However, without giving too much away, he says both schools are doing well in their recruiting.

“(Clemson) has some good receivers coming in there, they always recruit well at that position,” Lawrence told Rusty Mansell of 247Sports. “But Georgia is also recruiting good, they both are going to have players where ever I decide to go.”

Lawrence’s hometown ties may lead some to believe the Bulldogs may be his top option. After leading his Cartersville team to a 4-A State Championship to conclude a sophomore season in which he was widely recognized, he doesn’t seem to have desire to stray too far from home. In addition, Georgia is trying to pitch their need for the five-star talent.

“(Georgia) is in-state, they want me and they need me, they feel like I can help build the 2018 class around me hopefully, because they are loading up in 2017,” Lawrence said. “They are hoping if they get me that will help more in the 2018 class.”

If Lawrence is to end up at Georgia, the Bulldogs could land a top three pro-style quarterback for three consecutive years, joining Jacob Eason in 2016 and Jake Fromm in 2017. Therefore, a bit of a logjam may be created, which is a good problem to have after Georgia has had big question marks at quarterback the past two seasons after the departure of Aaron Murray.

At this time, Lawrence has yet to announce a date for his commitment. He would be the second addition to the 2018 class, as his good friend, offensive lineman Max Wray pledged his commitment to the Bulldogs back in march.