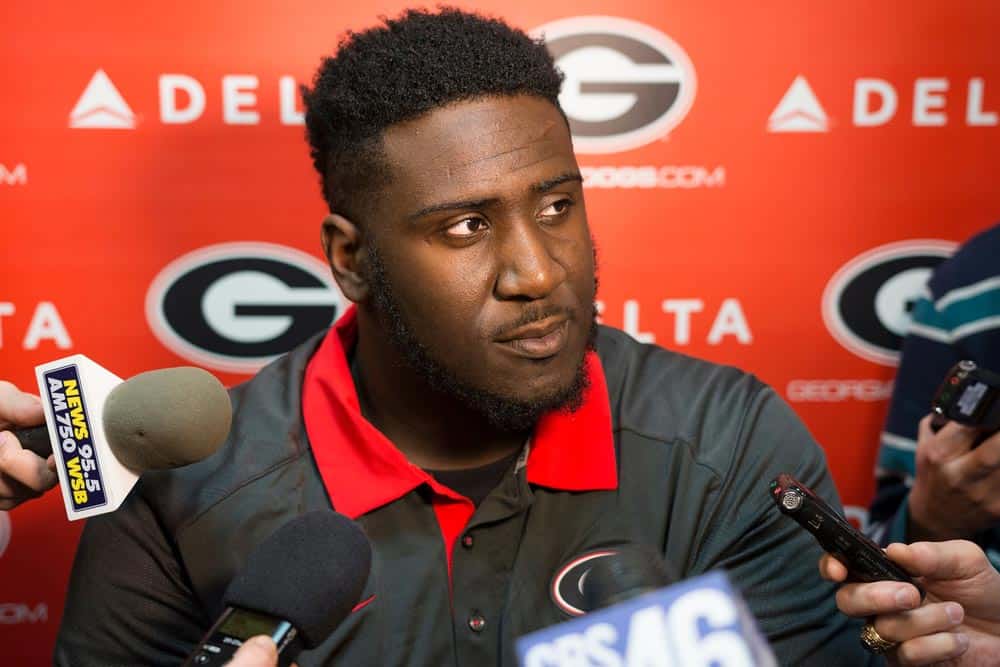 Georgia had their early enrollees come to Athens in January with hopes of getting more experience and preparing them to have a significant role on the team, however that may have taken a turn for the worse for two potential stars.

Freshmen defensive lineman Julian Rochester and cornerback Chad Clay were arrested in the early hours of Tuesday morning, reports Jason Butt of the Macon Telegraph. The players are booked on two felonies, possessing a weapon in a school zone and criminal damage to the second-degree. The charges were tied to shooting a BB gun on campus.

At the current time, both players are still being held behind bars. While the weapon charges have been given no disposition of no bond, the criminal damage charge entails a bond of $5,000 per player.

Rochester had been getting first-team repetitions in practice, as he was expected to fill the void left by Jordan Jenkins. However, it now seems as if his status on the team is in question. The same goes for Clay as his potential is evident, and was competing for a spot in the secondary’s rotation.

“I’m disappointed with the poor judgment of Julian and Chad,” Smart said. “We expect full compliance with the policies of the University and of our football program from all our student-athletes. Information is still being gathered but they will be disciplined in an appropriate manner.”