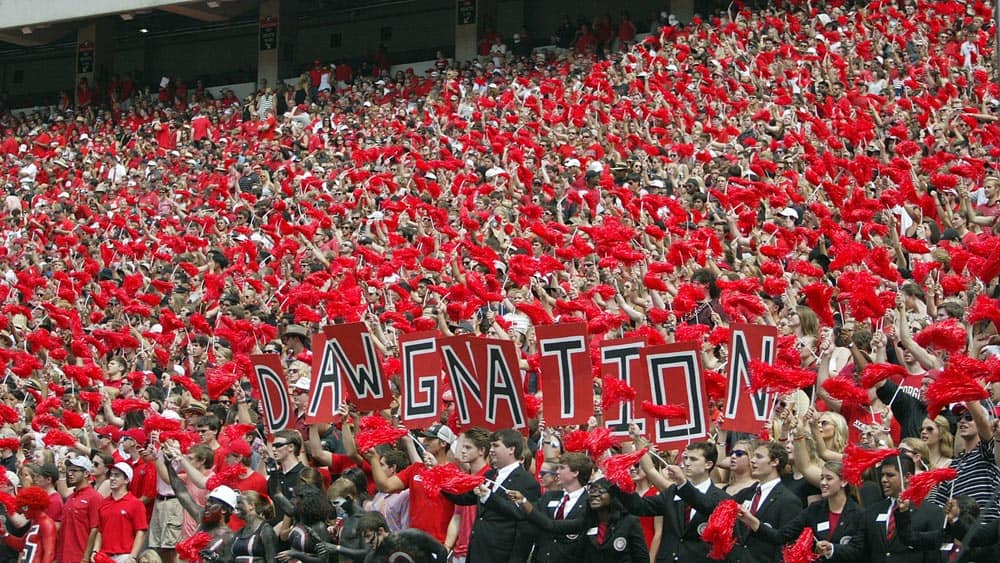 Georgia and Sam Pittman snagged another transfer to boost the offensive line, and Sean Fogarty seems to be a player with a relentless attitude.

Earlier today, it was reported that the lineman formerly of Savannah State had committed to Georgia as a walk-on transfer. Fogarty seems ready to compete right away at Georgia, and will do whatever it takes.

“The only way for me to be the best is to compete against the best,” Fogarty said in an interview with SicEmDawgs.com. “I might not be 6-foot-6, but I’ve never been scared to compete. My hard work has overcome any self-doubt.”

Fogarty is ready to compete, and the upperclassmen and current signees won’t deter him from reaching his goal of earning playing time for the Bulldogs.

“I’m not worried about age or if I fit in the signing class. I’m here to work and be the best player I can be,” Fogarty said. “I believe I can help this program because I’m a hard worker and a competitor. I’m going to push the person in front of me. I’m a team player.”

The new Georgia transfer had experience on the edge at Savannah State, but believes in the philosophies of Kirby Smart and Sam Pittman and is willing to shift for the better of the team.

“(I’ll probably be at) center or guard,” Fogarty said. “(Sam) Pittman is the best in the business and he wouldn’t put be in the situation he’s in if he didn’t know what he’s doing.”

The Georgia staff adds Fogarty in hopes of him having an impact immediately. However, not being a graduate transfer would generally stall that process. Fogarty told me he’s “unsure” about his eligibility status for the 2016 season. He went into a bit more detail with Jake Reuse of UGASports.com.

“If I don’t get my waiver, I’ll embrace whatever comes. I’ll play scout team for a year and embrace it. We’re trying to work the waiver out,” Fogarty told UGASports.com. “There are some personal things, but it’s not Savannah State. They’ve been good to me. It’s just that it’s hard being here for my whole life, so hopefully, the NCAA can find it in their hearts to make me eligible. I’d have three years if I get the waiver.”