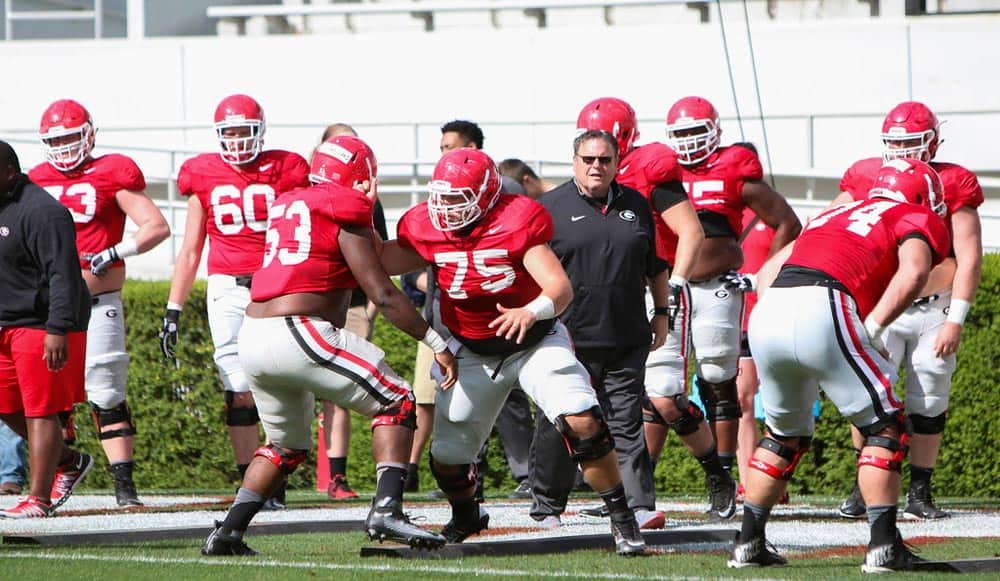 Georgia had a great deficiency at the offensive line spot last season. However, new OL coach Sam Pittman has come in and actively tried to change that and make his line one of the best, just as he did at Arkansas.

As Kirby Smart and his staff were hired towards the end of the recruiting season, they have actively been seeking transfer players from smaller schools in order to create a greater immediate impact. Pittman has scouted within the state and has lured 6-foot-4, 300 pound lineman Sean Fogarty from Savannah State University, according to a report by Jake Rowe of 247 Sports.

Fogarty was named to the All-MEAC third team this past season, so the impact he could have is quite evident.

The newly added walk-on may not be able to play immediately, as his eligibility for the upcoming season is a concern. Along with the questioned eligibility, it is currently unclear if Fogarty will have an additional redshirt year when he arrives at Georgia, because he was listed as a redshirt freshman at Savannah State during the 2015 season.

Fogarty had success on his former team playing the exterior tackle positions, however the inside guard spots have a deficiency in depth, and Georgia has greater need for depth at the all-important inside position.

The new add for Georgia will be the third since National Signing Day just seven weeks ago. The Bulldogs added Rhode Island graduate transfer Tyler Catalina early on, and 6-foot-7, 330-pound Allen Williams from the high school ranks will join the team as a preferred walk-on.

Fogarty is an in-state add, as he played at Benedictine High School in Savannah before attending local Savannah State. He will now get an opportunity to head northward and compete for a spot with an upper-echelon program such as Georgia.

His path will not be easy though, as he will have to compete among the upperclassmen, the other two late adds in Catalina and Williams, as well as signees Ben Cleveland, Solomon Kindley, and Chris Barnes.