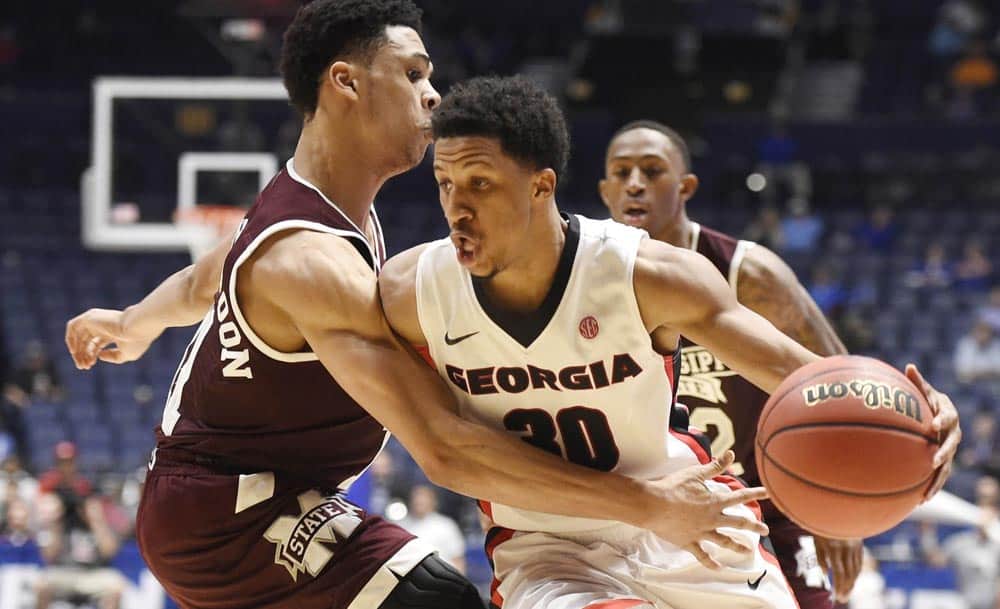 Georgia makes their way to the SEC quarterfinal with a 79-69 win over Mississippi State. Here are three observations from the nightcap of Day 2 of the SEC Tournament.

The dynamic duo came ready to play for the Bulldogs, as they would have been in a heap of trouble without the significant production from Yante Maten and J.J Frazier.

Frazier with 28 and Maten with 20 points led Georgia in the scoring column by a significant margin. The two leaders also played a role in managing the game in a key offensive role. These two will need to continue to lead if Georgia hopes to make a significant run.

Georgia had a lead as much as sixteen points, but they once again took their foot off of the accelerator and made for quite a sketchy situation toward the end. Although it wasn’t very evident in the final score total, Georgia had a major period of stagnation on offense, as they couldn’t find the basket for over six minutes.

A great deal of credit should go to Ben Howland’s squad for shutting Georgia down. Mississippi State’s defensive press led Georgia to confusion, and the numerous turnovers led to an offensive run on the other end. Mississippi State’s Craig Sword led the Bulldogs with 19, and Fred Thomas and Malik Newman combined for 24 points, as many of those came in the final 20 minutes.

As emphasized by Mark Fox and indicated in our preview, Georgia’s rebounding would play a role in the victory. That didn’t turn true as Mississippi State outrebounded Georgia, with a 38-35 tally. Despite a disadvantage in size, they were able to play with a tad more physicality. Rebounding was another cause for Mississippi State’s gutsy surge. If Georgia hopes to have success this weekend, rebounding is a statistic in which Georgia needs to create an advantage in.

Next: Georgia will face #3 seed South Carolina on Friday night at approximately 9:25pm ET on SECN.