UGA's Jeremy Pruitt xxpected to be named DC at Alabama

UGA’s Jeremy Pruitt xxpected to be named DC at Alabama 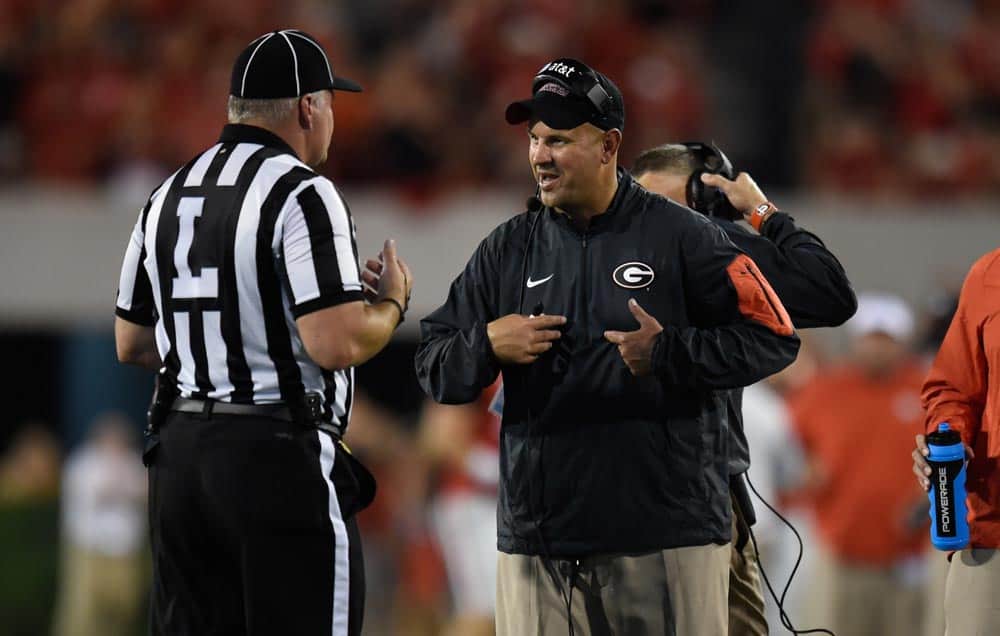 UGA defensive coordinator Jeremy Pruitt is expected to be named to the same position at Alabama, according to a report by BamaOnline.

Pruitt, a native of Rainsville, Alabama and a Bama alum, has worked for the Crimson Tide before. He was a graduate assistant there in 1997, the Director of Player Development from 2007-2009, and the defensive backs coach from 2010 through 2012.

Earlier this week, it was reported that Jeremy Pruitt was headed to Michigan later this week for an interview with Jim Harbaugh and the Wolverines. It’s now likely that in-person meeting will not happen.

Pruitt’s status, as well as the other assistant coaches, has been in limbo since Mark Richt was fired and Kirby Smart took over as the new UGA head coach. So far, running backs coach Thomas Brown is the only current staff member that has been retained.

Although Jeremy Pruitt is recognized as one of the best defensive coordinators in the nation and a top recruiter, Kirby Smart is going to build his own staff to fit his own vision for the Georgia Bulldogs football program.