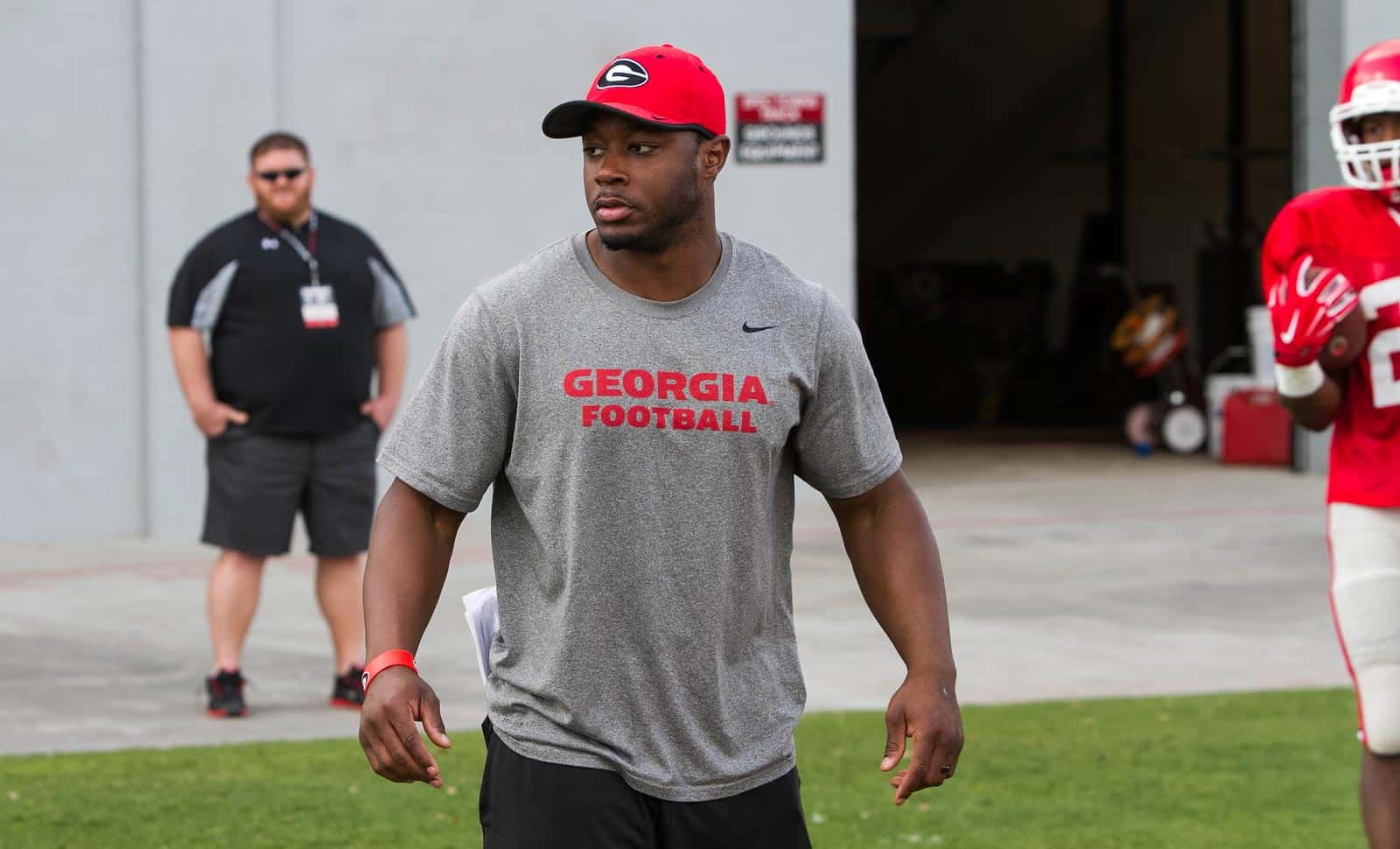 UGA running backs coach Thomas Brown will remain at UGA, according to a report by DawgNation.

During a recruiting visit with wide receiver Tyler Simmons, Thomas Brown indicated that he is staying in Athens.

“Thomas did say he is retained and he will be retained,” Tyler Simmons’ mother, Shon Simmons, said. “He knew definitely that he would be retained.”

Thomas Brown has been pictured with several UGA recruits on Twitter this week. He is also one of two coaches that Kirby Smart is following on Twitter. The other is Glenn Schulmann, who in his bio states that he is an “Assistant Football Coach for the University of Georgia.”

Kirby Smart joined Twitter on Tuesday evening and his account was verified on Wednesday. His follower count is now over 24,100.

Here’s a look at a few tweets from this week with running backs coach Thomas Brown:

I had a great home visit with Coach Smart and Coach Brown tonight #GoDawgs 🐶🐶🐶🐶💯💯💯✊🏿 pic.twitter.com/rUCgOnukNB

Had a great in home visit with Coach Brown, and Coach Smart today. Thanks for coming by coach. 🐾🐾🐶 pic.twitter.com/oRrXADiu3t

Kirby Smart has yet to name or even hint at an offensive or defensive coordinator. Rather than rush to get a staff in place, Smart wants to get the right staff in place at his own pace.

“I don’t want to put a timetable or any speculation,” Smart said on Monday. “That’s really unfair to those coaches and their families. There will be consideration there, obviously, but I do think it’s very important that I hire my staff and put my staff in place.”