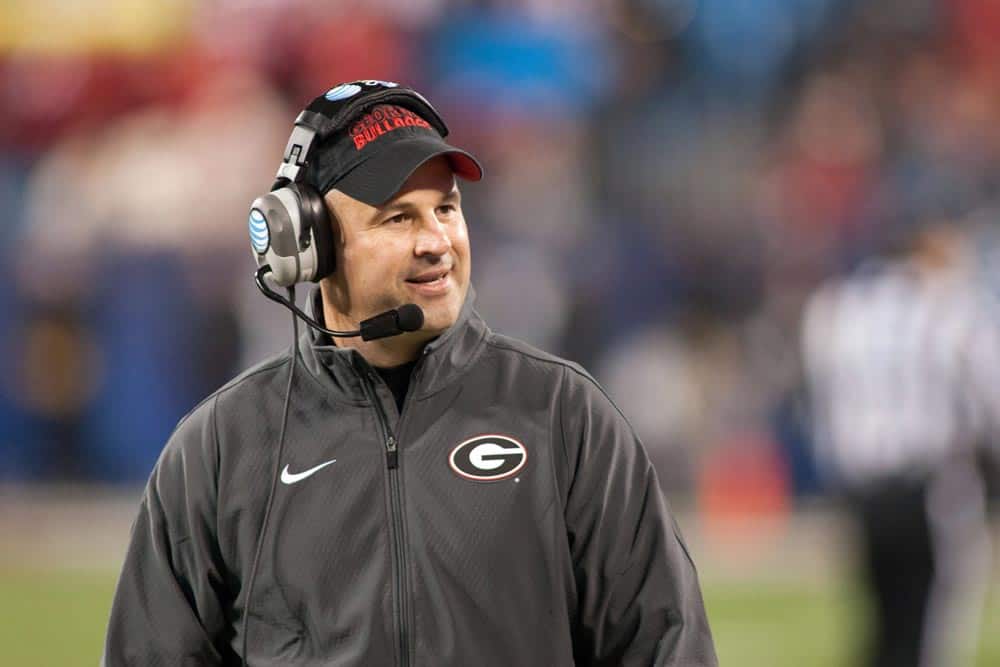 Georgia defensive coordinator Jeremy Pruitt is beginning to explore other options after the departure of Mark Richt. This past week, Michigan lost D.J. Durkin to Maryland, where he filled their head coaching vacancy. Pruitt is reportedly making his way to Ann Arbor to discuss the possibility of becoming the defensive mind aside Jim Harbaugh. This is good news for Pruitt, but for UGA as a whole it creates a great deal of controversy.

After the firing of Mark Richt was announced to the team, many of Georgia’s defensive players started a social media trend, using #KeepPruitt as a campaign in order to have him remain as Georgia’s defensive coordinator. The numbers backed up the players’ plea as well, as the Bulldogs ranked near the top in multiple defensive statistical categories this past season.

When Kirby Smart was hired as Georgia’s head guy, it already seemed as if the players hopes wouldn’t come to fruition. Instead of Pruitt, the reports were that Smart preferred Will Muschamp to assist him with the defensive game plan. Muschamp seemed to be Smart’s primary choice due to their relationship. Instead of a happy reunion, Georgia has currently dug themselves a hole as Muschamp has filled the head coaching vacancy at South Carolina. If Pruitt is to end up at Michigan, then Georgia has exhausted their best available options for defensive coordinator.

We will see if Pruitt is to end up with Michigan. It almost seemed as if Pruitt’s tenure in Athens would come to end after this season, regardless of the situation. It will hurt Georgia long-term, as he is one of the best defensive minds in college football. A pairing of Pruitt and Smart would definitely be formidable, but there seems to be small chance of that occurring.

It will be interesting to see where Smart will turn next if Pruitt doesn’t return to Athens. Smart is a great defensive mind, but a one-man show may not be enough to be effective. Georgia’s game plan, recruiting and player/coach relationships could all be affected as this development continues to transpire.