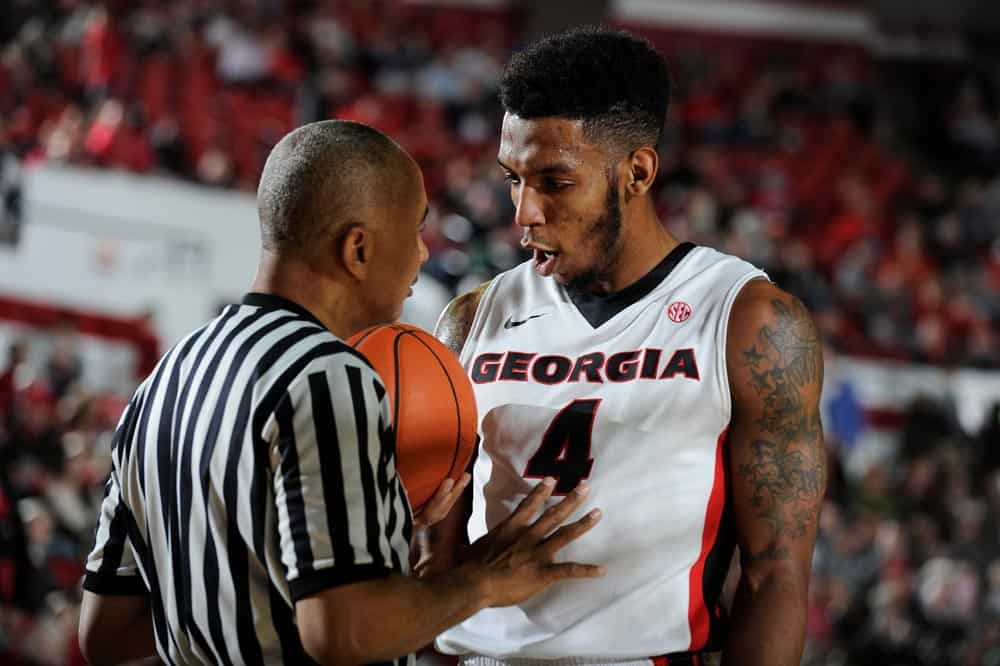 Georgia pounded Clemson 71-48 last Tuesday night and the Bulldogs are near the end of non-conference play. Not only was this big margin of victory surprising, but the production of senior guards Charles Mann and Kenny Gaines was as well.

Throughout the early part of this season, we haven’t seen them step up and perform to their full potential. A sold out Stegeman Coliseum full of Georgia fans saw that for the first time against Clemson, showing how special of a team this can be.

Gaines served as a catalyst early on, as Georgia went on a 23-3 run after being down eight points just a few minutes in. He brought the crowd to their feet, highlighting with incredible dunks and spectacular rainbow shots from behind the arc.

Mann also served as an integral part of Georgia’s offensive explosion because he did what he does best — driving into the lane and drawing foul opportunities. It was great to see him revert back to his original style of play, as early in the season we saw him try to play with a perimeter focus. That isn’t Mann’s style and was detrimental to the team’s success as he was shooting 29% from the field coming into the Clemson showdown.

This was the first time we saw the two senior standouts click and harmonize their play into the rest of the offense. These two must be on their game, as they can help lessen the load of the underclassmen who had previously been trying to carry the load independently. Georgia will need to continue their balanced offensive scoring to have the most success as conference play looms.

Along with the increased senior performance, the leadership in the locker room is also evident.

“It was another team win. We executed on both ends, but we can still learn from this game and continue to grow as a team,” Mann told reporters postgame.

His statement stood out to me as it is indicative that the success of the team is first priority, and there are areas that they can improve in to better themselves as a whole. There have been many doubters on Georgia coming into the season, as many believed the offense would be unbalanced. The criticism was well deserved, but I believe Georgia has something special in store, as we saw the best offensive blend and production from the Bulldogs in quite a while.

This win for Georgia seemed to bring the fanbase to life for the first time in quite a while. At the beginning of the season, I questioned the passion of Georgia fans to the university as a whole, rather than the football team itself. It seems as if the basketball squad has performed well enough in order to answer the call. Without students and the pep band, Georgia announced a sellout at Stegeman Coliseum.

UGA athletic director Greg McGarity said in an in-game interview that Georgia had tried to schedule well-known opponents by name in order to boost the fanbase. That helps attract fans to a matchup, but dominating performances against those teams helps the cause greatly. The fans are starting to buy into Coach Fox’s philosophy, and realizing the consistency that is shown each season.

The Georgia Bulldogs took a short break for Christmas, but return to action at home against Robert Morris on Tuesday, Dec. 29 at 7pm on the SEC Network. This will be Georgia’s final tuneup before they head to Gainesville to face Florida and open up a brutal, but nonetheless important conference slate.

The senior production, leadership and offensive harmony as a team will need to continue in order for Georgia to fight through the tough slate. The Bulldog seniors are integral to conference play, as there aren’t many other teams in the SEC that present the veteran presence such as Georgia. With that said, the fans have been given a wake-up call. Fans who support UGA basketball should be present in Stegeman Coliseum and be supporting a team with such a bright future.