Where is the love for Georgia Basketball?

Where is the love for Georgia Basketball? 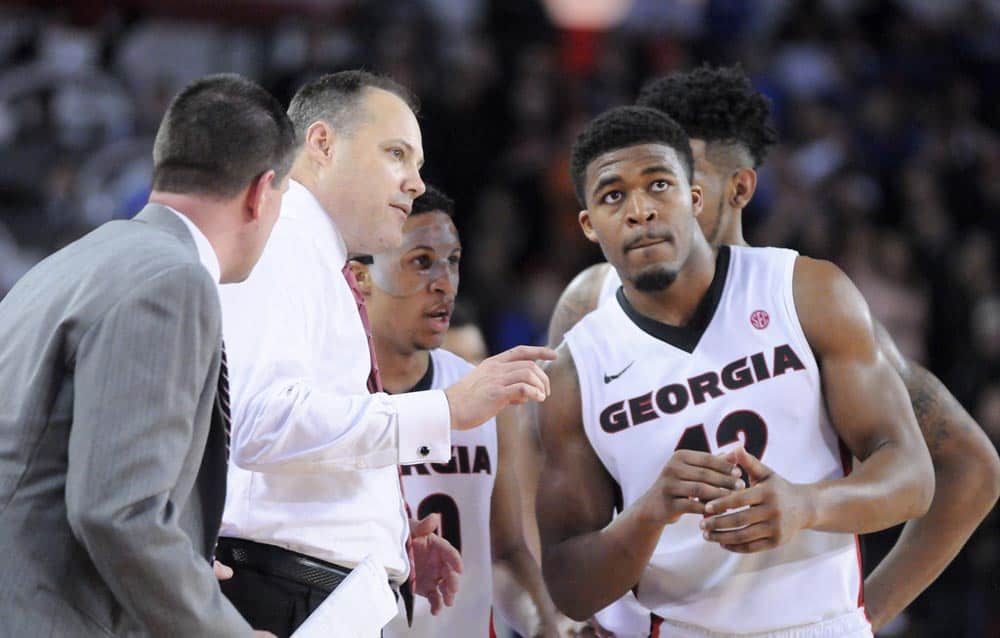 Georgia basketball season is once again upon us. This season’s squad is loaded with a great amount of potential and talent. However, I step into Stegeman Coliseum on a gameday, and there are many empty seats in the arena. It is something I simply don’t understand. A debate could be made that Georgia’s basketball success is comparable to that of their football program. With that said, I believe the hoops program should be given a lot more attention, as it is a program on the rise to a national power.

Georgia’s hoops program doesn’t possess the championship pedigree like the football team does, quite obviously. However, Coach Mark Fox and his staff have developed a basketball team that can compete in the SEC year after year and put themselves on the national stage. I believe this is evident in how Fox develops his underrated 3-star high school talent into players who possess skills of a 5-star athlete after a few years in the program.

A prime example of this would be forwards Nemi Djurisic and Marcus Thornton. These two players had developed into the leaders of a competitive team by their junior year. The same story is true for current guards Charles Mann, Kenny Gaines, and JJ Frazier. All of these players have developed into some of the top players in the conference, slowly progressing throughout their tenure in Athens.

Fox can also bring success to the hoops program by bringing in some of the nation’s top talent. This was shown prior to the 2012 season, signing 5-star guard Kentavious Caldwell-Pope, who currently plays for the Detroit Pistons. His tenure should’ve showed Georgia fans that Coach Fox is capable of bringing in his fair share of “flashy” players.

It seems as if Coach Fox is attempting to recruit the “best of the best” more consistently. For this current class, Georgia was highly considered for the nation’s top recruits, Jaylen Brown and Tevin Mack. Regardless, Coach Fox’s recruiting methods show how exciting Georgia basketball can be, whether it be by development or the star players. Due to his ways, Georgia is making their climb to becoming a national powerhouse.

Every season, UGA football is given extremely high expectations, which are very difficult to meet. For the basketball program, not many expectations are given, and Georgia seemed to exceed the low expectations last season. For example, Georgia is predicted to finish fifth in the SEC with 18 wins, after finishing with 20+ wins and third place SEC finishes the past two seasons. Personally, I find it enjoyable for my team to “fly under the radar,” and Georgia basketball does just that.

Simply put, Georgia basketball deserves more attention. Mark Fox is an elite basketball coach who is taking his squad near the top. There are many people who call themselves “Georgia fans.” However, I would ask those “Georgia fans” to discuss another sport other than football, and they simply have no response. It is unfair to only give your passion and fandom to one team, while calling yourself a fan of the university.

Georgia’s basketball team has a bright future ahead of them, including this season. Fox has created a great blend of veteran leadership and freshman depth across the board. The Dawgs have something nice brewing, and fans should be in Stegeman Coliseum to see the excitement take place.