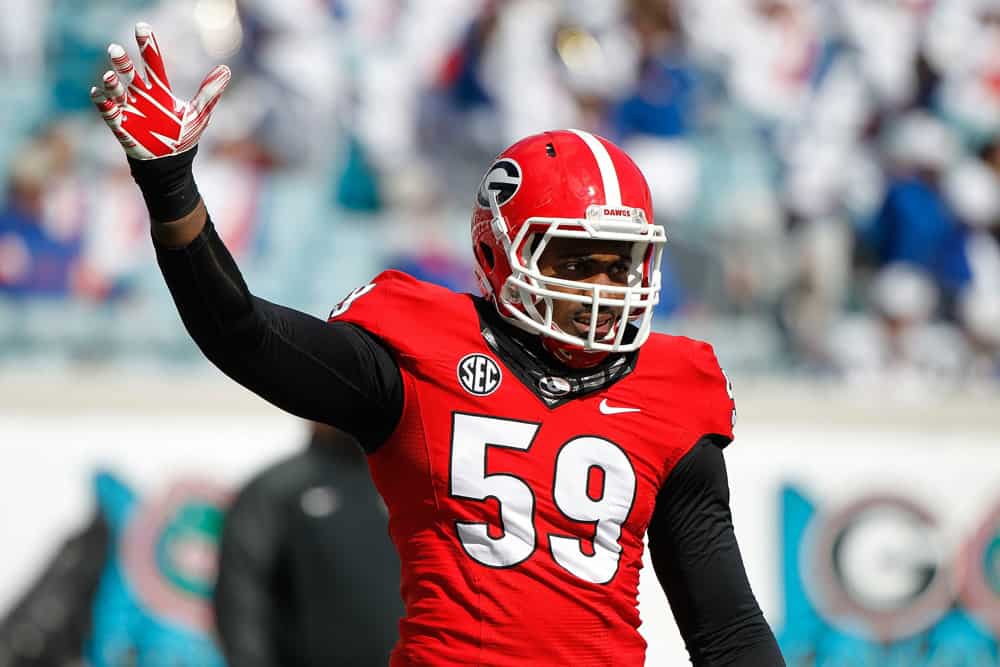 UGA outside linebackers Jordan Jenkins and Leonard Floyd have each been named to the 2015 Butkus Award Watch List.

Jenkins and Floyd have also been named to the watch list for the 2015 Bednarik Award and the 2015 Bronco Nagurski Trophy.

Leonard Floyd is a 6-foot-4, 231-pound junior from Eastman, Georgia. He led the Bulldogs in 2014 with six sacks and also recorded 55 tackles, 8.5 tackles for loss, 17 quarterback pressures, and three forced fumbles.