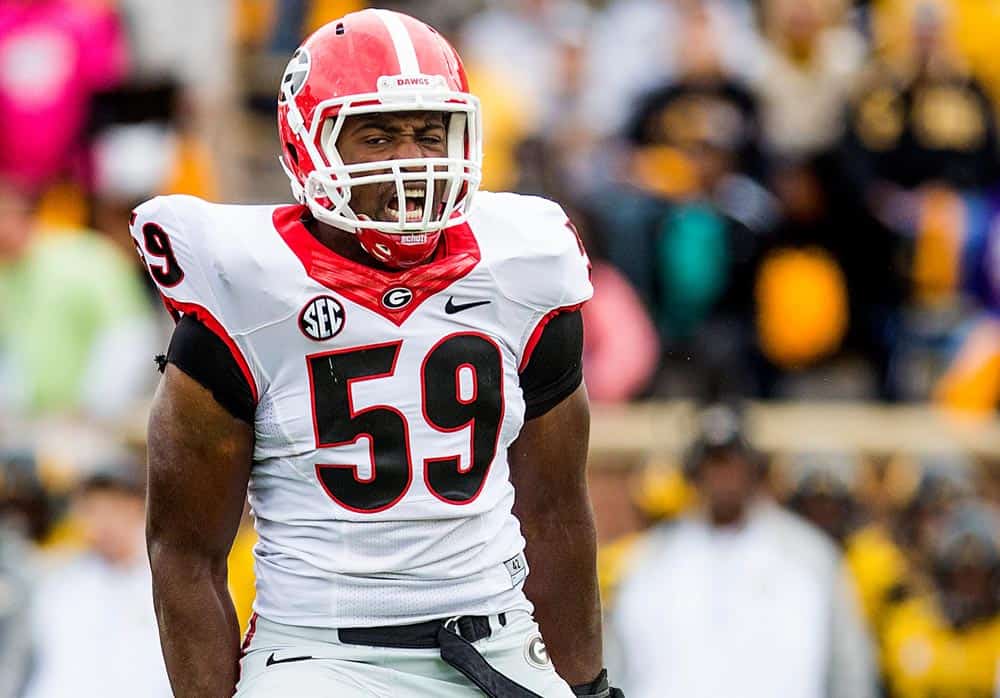 UGA outside linebackers Leonard Floyd and Jordan Jenkins have each been named to the 2015 Bronco Nagurski Trophy Watch List.

The Bronco Nagurski Trophy is an annual award given to the nation’s most outstanding defensive player by the Charlotte Touchdown Club.

Earlier this week, Jenkins and Floyd were each named to the watch list for the 2015 Bednarik Award.