Greyson Lambert to wear No. 11 jersey for UGA

Greyson Lambert to wear No. 11 jersey for UGA 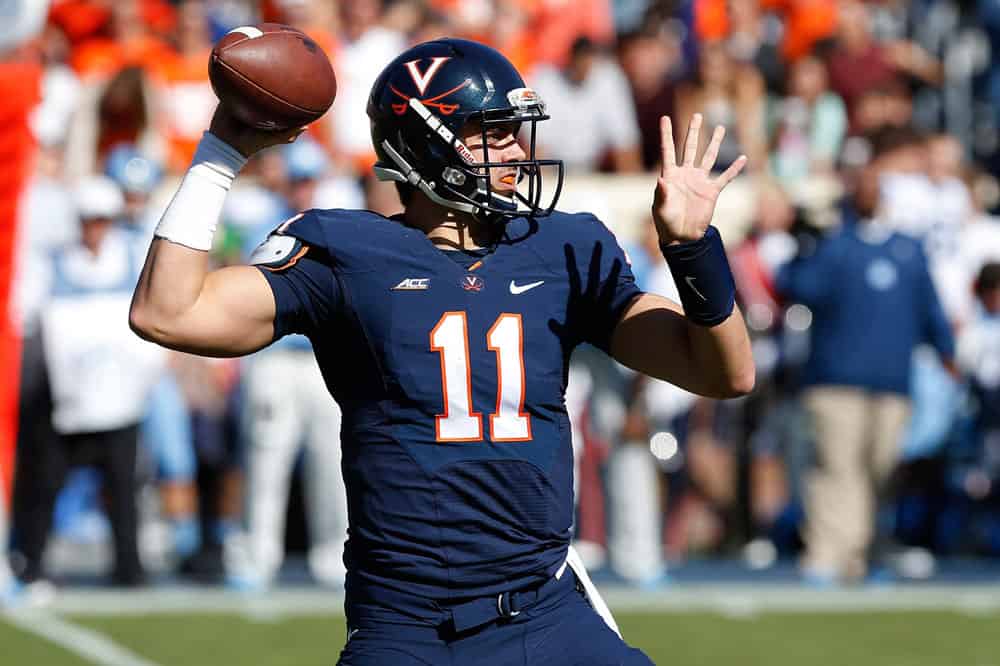 Virginia graduate transfer quarterback Greyson Lambert will wear the No. 11 jersey for UGA, according to the Bulldogs’ official roster.

Lambert, who arrived in Athens this week, also wore the No. 11 jersey with the Virginia Cavaliers.

Georgia has another No. 11 on the defensive side of the ball — redshirt freshman defensive tackle Keyon Brown. NCAA rules stipulate that players can have the same jersey number as long as they aren’t on the field simultaneously.

Back in June, Greyson Lambert revealed that he was leaving Virginia and selected to transfer to Georgia over Florida. He will compete for playing time with redshirt sophomore Brice Ramsey (No. 12) and junior Faton Bauta (No. 10).

As a sophomore with the Cavaliers, Lambert started nine games. He completed 154 of 261 passes for 1,632 yards with 10 touchdowns and 11 interceptions, but also missed three games due to an ankle injury.

Georgia has also added offensive lineman Mirko Jurkovic to their official roster. The 3-star out of IMG Academy in Bradenton signed with Ohio State in February, but things didn’t work out for him there resulting in a late gift for the Bulldogs.

Jurkovic, listed a 6-foot-5, 275 pounds, will don the No. 60 jersey. DaQuan Hawkins, a freshman defensive tackle, has also been added and will wear No. 96.