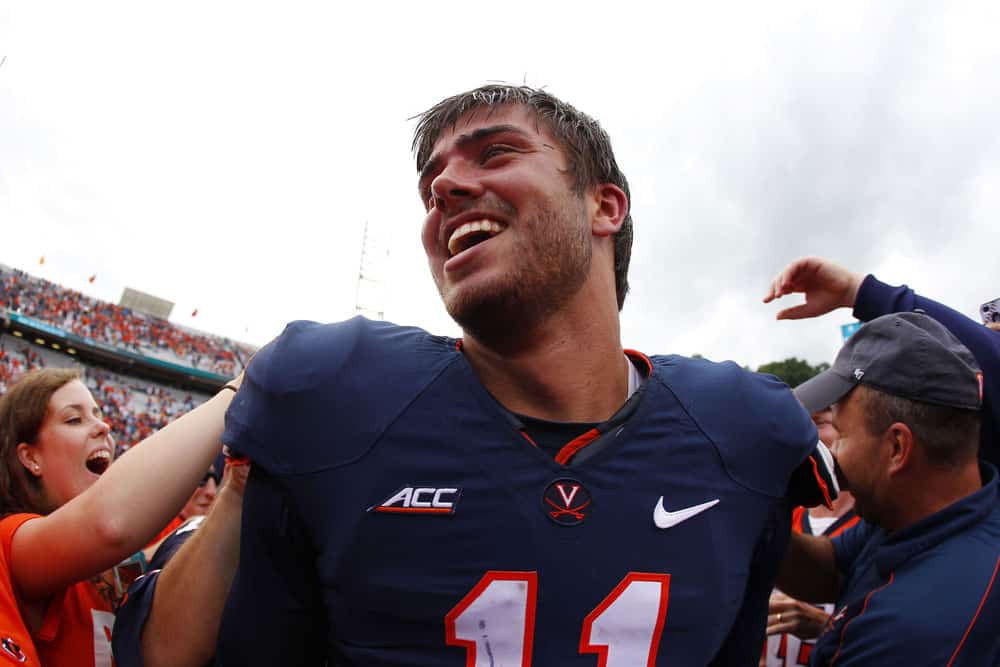 As a sophomore, Lambert started nine games for the Cavaliers. He completed 154 of 261 passes for 1,632 yards with 10 touchdowns and 11 interceptions, but also missed three games due to an ankle injury.

Ramsey and Bauta are ahead of Park for the starting job, but neither rose head and shoulders above the other by the end of Spring practice.

Some fans are worried about Lambert joining the team and disrupting the current environment. But Mark Richt said he likes 4-5 scholarship quarterbacks on the roster and offensive coordinator Brian Schottenheimer said today it’s about creating “competition.”

“You’re talking to someone who was in the NFC West the past two years playing with just two or three quarterbacks, unfortunately,” Schottenheimer said. “It doesn’t matter whether it’s quarterback, whether it’s offensive line, we’re trying to create competition. That leads to guys raising their level of play.”

Yesterday Mark Richt confirmed to the media that the Bulldogs were actively recruiting Lambert. It will also revealed on message boards that Lambert, who hails from Jesup, Georgia, has a girlfriend that currently attends UGA.