Yoculan, Greer, Ransom to be inducted into UGA's Circle of Honor

Yoculan, Greer, Ransom to be inducted into UGA’s Circle of Honor 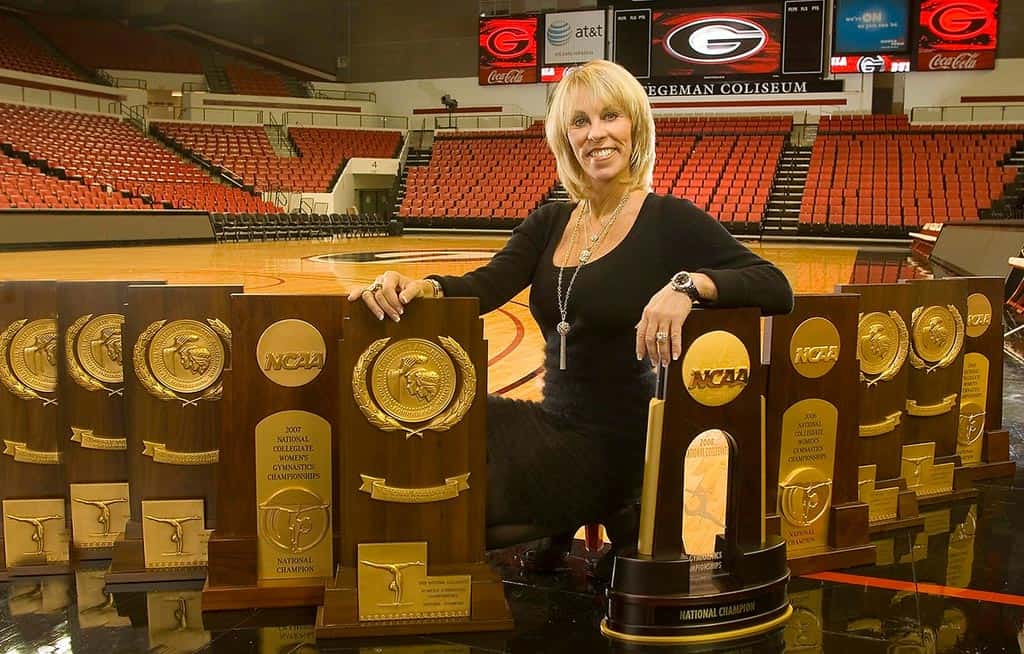 The Circle of Honor is designed to recognize and pay tribute to extraordinary student-athletes and coaches who by their performance and conduct have brought honor to the university and themselves, and who by their actions have contributed to the tradition of the Georgia Bulldogs. The criteria also stipulate that each recipient has earned his or her academic degree.

Yoculan left an indelible mark on Georgia — and national — gymnastics during her 26 seasons as the Gym Dogs’ coach. From 1983 to 2009, she guided Georgia to an NCAA-best 10 national championships, including the last five in a row. Yoculan also coached Georgia to 16 SEC and 22 NCAA Regional titles. She ended her career with an overall record of 836-117-7, making her the winningest coach in Georgia history for all sports. Yoculan produced 37 NCAA individual champions and 58 Gym Dogs earned 306 All-America honors during her tenure. She was recognized by her peers as the National Coach of the Year five times and as the SEC Coach of the Year eight times. Yoculan was inducted into the State of Georgia Sports Hall of Fame in 2010.

In addition to competitive success, Yoculan created a culture of mass exposure for Georgia gymnastics. Meets drew approximately 200 fans when she first arrived, yet the crowd totals soared to an average of nearly 10,000 throughout most of her career. Yoculan also worked tirelessly to get Gym Dogs meets on national, regional and statewide telecasts, she launched a weekly television highlights show, she authored a book and she oversaw the production of national championship season DVDs — all of which set the standards that many programs follow today.

Greer was a three-year starter for Georgia as a defensive lineman from 1967-69 and he played major roles in the Liberty, Sugar and Sun Bowl games. Greer was a member of the Bulldogs’ 1968 SEC championship team. An All-American and All-SEC performer, Greer was selected permanent team captain in 1969. He won the Atlanta Touchdown Club award for most valuable lineman in the SEC and the Sigma Phi Epsilon Georgia Outstanding Athlete of the Year Award. Greer was a defensive participant in the American Bowl and Hula Bowl.

After receiving his undergraduate degree in 1970, Greer served as a graduate assistant and obtained his master’s in 1972. After a stint on the Auburn coaching staff from 1972-78, he rejoined the Georgia staff in 1979 as recruiting coordinator and defensive ends coach. He served as defensive line coach and was responsible for the defensive kicking game from 1981-93. Beginning in 1993, Greer served as recruiting coordinator and administrative assistant and was named Director of Football Operations in 1996. Greer retired following the 2008 season after more than three decades with the Bulldogs as a player, coach and administrator.

Ransom was a member of Georgia’s inaugural soccer team in 1995 and she lettered all four years of her collegiate career. She earned First-Team All-America honors in 1997 after posting 18 goals, including a nation-leading eight game winners. Her 18 goals is still the best single-season performance in school history. Ransom also picked up First-Team All-Southeast and All-SEC accolades that season. She was First-Team All-SEC and Second-Team All-Southeast in 1998 and Second-Team All-SEC and Third-Team All-Southeast in 1996. Ransom ended her career with 28 goals, which was second in school history at the time and ranks third entering the 2014 season. She holds the school marks for game-winning goals in a career (15) and a season (eight) and is No. 3 in points in a career (67) and a season (37).

Ransom currently serves as Georgia’s Assistant Athletic Director for Business Operations. She began work at the Athletic Association in June 2000 as the Assistant Director of Business. In her current role, her responsibilities include managing the day-to-day business operations, budget reporting and planning, contracts and information technology. In addition, she serves as the sport facilitator for soccer and softball.