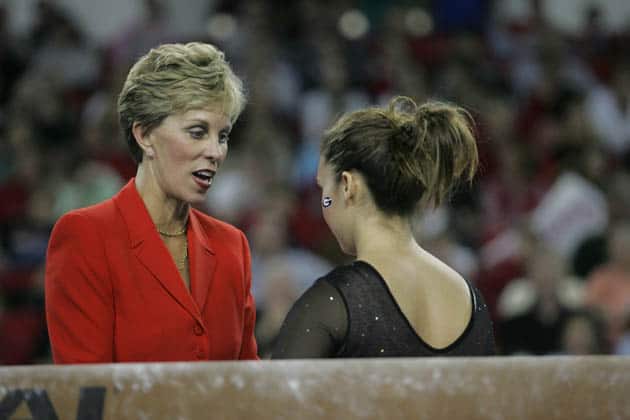 The next documentary in the SEC Storied documentary series, “Sarah & Suzanne,” premieres tonight at 7pm ET on ESPNU. It will then re-air at 10pm ET.

The episode chronicles the paths of gymnastics coaches Suzanne Yoculan of Georgia and Sarah Patterson of Alabama.

When Alabama’s Sarah Patterson and Georgia’s Suzanne Yoculan arrived on their respective campuses, both programs were on the verge of folding. The Crimson Tide and the Gym Dogs were having little success, and Patterson and Yoculan were brought in to help salvage what was left. What no one could have guessed at the time is that not only would the two programs become the best in the nation, but the coaches would become pioneers and mavericks of the sport forever. In the 25 years that Yoculan and Patterson coached against each other, they filled arenas with passionate fans while winning a combined 21 SEC Championships and 14 NCAA titles.

“Sarah & Suzanne,” directed by Joie Jacoby, is the story of two women dominating college gymnastics, while creating one of the most heated rivalries in SEC history. Together, within the intensity of this rivalry, they built two championship programs and changed how many people perceived college gymnastics.