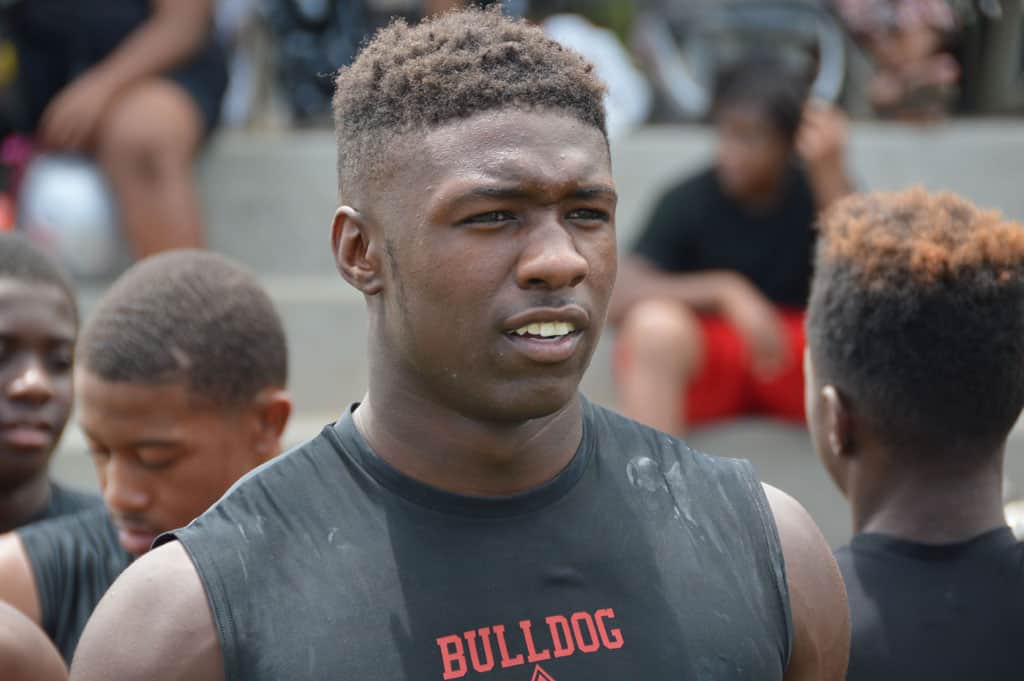 Four-star linebacker Roquan Smith of Montezuma, Georgia has committed to UGA for the class of 2015!

Smith’s high school coach, Larry Harold,confirmed the news to Michael Carvell of the AJC via a Text message.

Roquan Smith signed his scholarship papers, as you can see in the above photo, but he will not sign a National Letter of Intent. That leaves him with the option of not enrolling at UGA for any reason.

Smith previously committed to UCLA last Wednesday, but changed his mind after UCLA defensive coordinator Jeff Ulbrich left for a job with the Atlanta Falcons after reportedly telling Smith he declined the offer.

In the 247Sports Composite, Roquan Smith is rated as the No. 5 outside linebacker and the No. 47 overall recruit in the country. He is also rated four stars, the No. 6 OLB, and No. 77 overall by Rivals.com.

Georgia now has 30 signees. With the addition of Roquan Smith, UGA’s class is now ranked 4th by Scout and 6th by 247Sports. Their class is currently rated 7th by Rivals and 8th by ESPN, pending today’s change.

UGA has officially announced the addition of Roquan Smith.