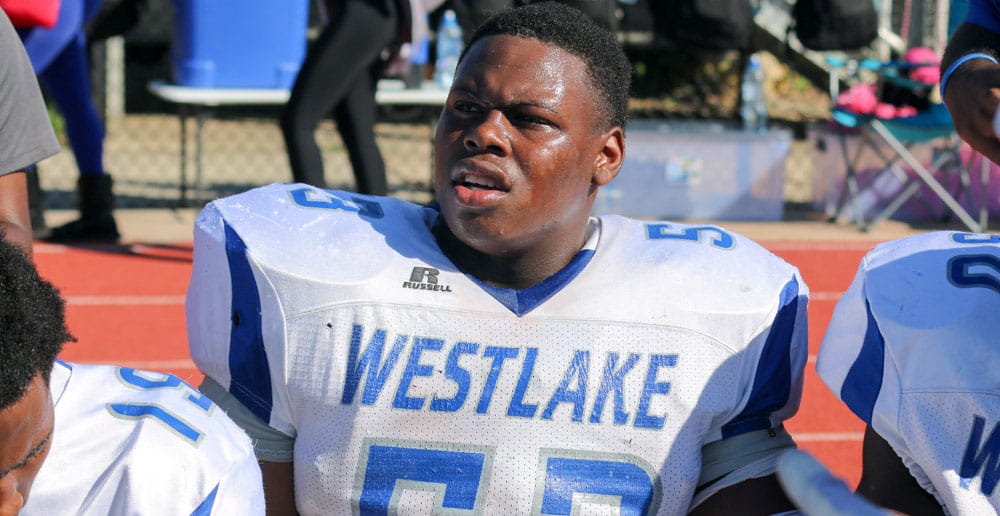 Three-star defensive tackle DaQuan Hawkins of Atlanta (Westlake) has committed to the Georgia Bulldogs! Hawkins made his announcement at 8:45am. He was the first recruit ever to announce his choice at the new College Football Hall of Fame in Atlanta.

#Dawgs DL Daquan Hawkins tells @BuckFOX5 that he has Committed to the G! That bow-tie tho… #GoDawgs #CommitToTheG pic.twitter.com/SJ776hfmAa

In the 247Sports Composite, Hawkins is rated as the No. 37 defensive tackle and the No. 711 overall recruit in the country. Rivals.com rates Hawkins as a three-star recruit.