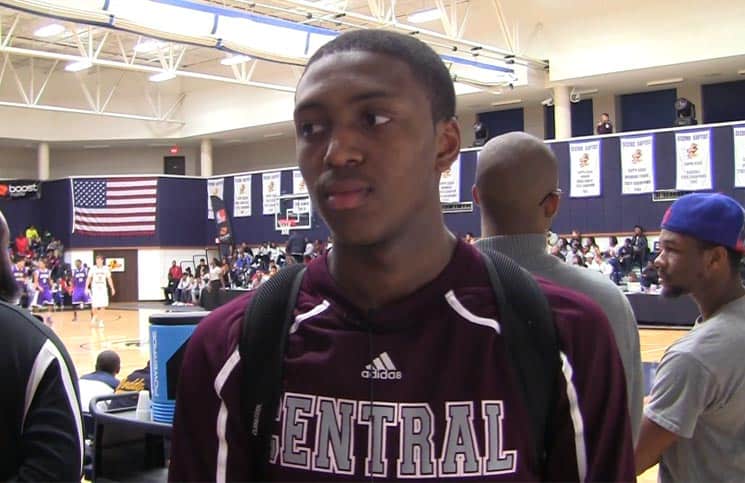 Over the weekend, Mark Fox picked up his second recruit for the 2015 class when 3-star small forward E’Torrion Wilridge committed to the Bulldogs.

“I committed to Georgia because of Coach [Jonas] Hayes,” Wilridge told UGASports.com. “He was one of the first coaches to start recruiting me a couple summers ago. When I got injured this past season, he didn’t stop recruiting me. He stayed with me throughout. That’s one of the reasons I committed there.”

Wilridge’s relationship with Jonas Hayes wasn’t the only reason he committed to play in Athens.

“I like Coach Fox. I’ll have a chance to play right away as a freshman there,” Wilridge said.

Wilridge (6-5, 175) committed to UGA over offers from Oklahoma and Middle Tennessee. He also had interest from Kansas State and Texas.

Both Rivals.com and 247Sports rate E’Torrion Wilridge as a 3-star recruit. In the 247Sports Composite, Wilridge is rated No. 169 overall, the No. 33 small forward, and the No. 15 recruit in Texas.

Georgia now has two commitments for the 2015 class. Will Jackson, a 4-star recruit from Athens, committed to the Bulldogs in July after decommitting from UConn.