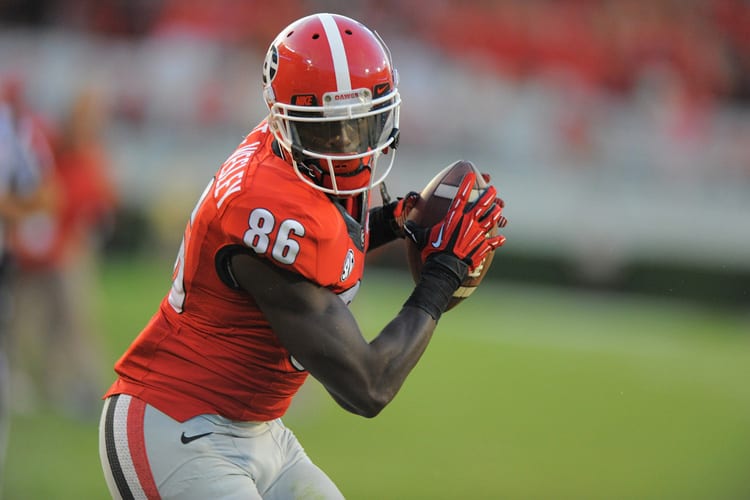 Wide receivers Malcolm Mitchell and Justin Scott-Wesley are both “very doubtful” for the Troy game this weekend, according to Richt.

Back on Sept. 3, offensive coordinator Mike Bobo said there was an “outside chance” that both receivers could play at South Carolina. Neither played in the loss to the Gamecocks, so their return from injury continues.

Georgia almost certainly doesn’t need either receiver this weekend against Troy, who is 0-3 and just lost to FCS Abilene Christian. With another two weeks to practice, both receivers could be ready to go for the Tennessee game on Sept. 27 (noon, ESPN).

Yesterday, true freshman running back Nick Chubb had surgery to repair a fracture of his left thumb. The AJC reported that Chubb was likely to miss the Troy game and possibly more.

However, at his presser today, Mark Richt said that Chubb could return to practice on Thursday and that he “wouldn’t be shocked” if he plays on Saturday.

Another injured Bulldog, redshirt freshman tailback A.J. Turman, will likely not play this fall, Rich said. Turman had toe surgery at the end of spring, but he is expected to recover fully and contribute next season.

You can watch the press conference from today over at GeorgiaDogs.com.