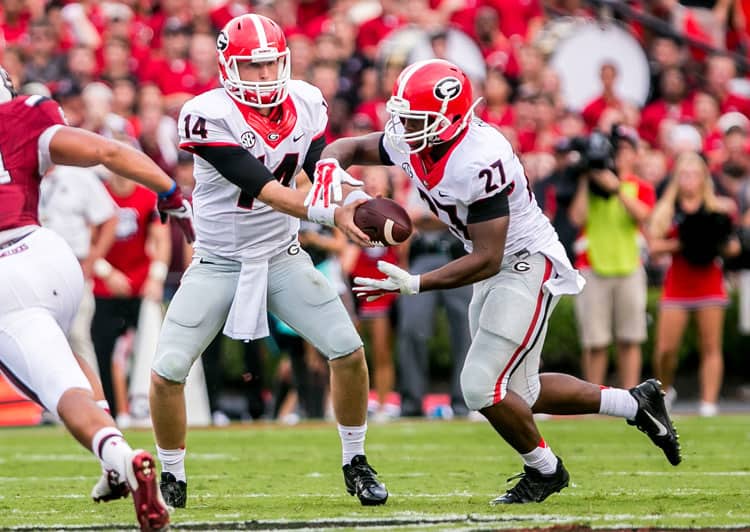 UGA freshman running back Nick Chubb had surgery on his left thumb this morning and will miss this weekend’s game against Troy, the AJC has reported.

Chubb fractured his thumb last week in practice, but played Saturday at South Carolina with a cast on his hand.

More from the AJC:

Chubb had surgery on his left thumb at St. Mary’s Hospital in Athens on Monday. According to Lavelle Chubb, Nick’s mother, doctors inserted surgical screws to repair a fracture that Chubb suffered in practice this past week.

“He’s doing good; he’s just resting right now,” Lavelle Chubb said Monday about the time the rest of the team was taking the field for practice.

As for whether her son would miss playing time going forward, Ms. Chubb said: “They said they would see how he’s doing (Tuesday) before they make that decision. Possibly this week but they’re not really sure (how long he’ll be out).”

In two games so far as a Bulldog, Chubb (5-10, 228) has carried the ball eight times for 106 yards and a touchdown. He currently leads the SEC in yards per carry with 13.

Nick Chubb is currently the third-string tailback behind Todd Gurley and Keith Marshall.