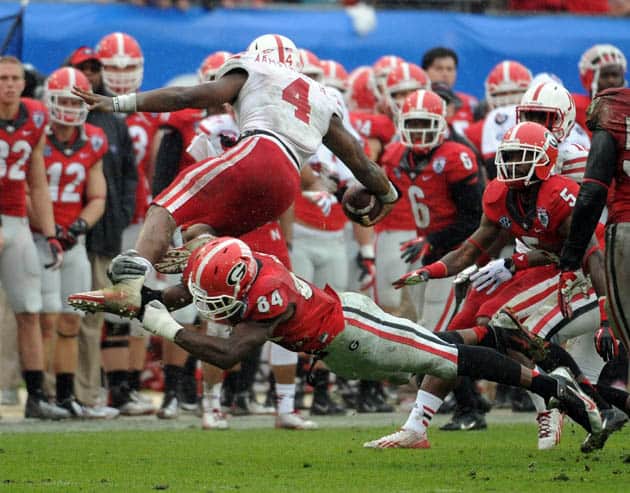 We are still three months from the 2014 college football season kicking off, but that hasn’t stopped ESPN from listing their first bowl projections.

Brett McMurphy and Mark Schlabach each offered their projection for all 38 games, including the College Football Playoff.

Georgia wasn’t picked to make either semifinal game. Instead, both McMurphy and Schlabach projected the Bulldogs to face the Baylor Bears of the Big 12. McMurphy picked Georgia to face Baylor in the AT&T Cotton Bowl, while Schlabach has the Bulldogs and Bears in the Chick-fil-A Peach Bowl.

Georgia has faced Baylor four times in their history, going 4-0 against the Bears. All four of the games were played in Athens between 1972 and 1989. Here are the results:

Baylor is, of course, a much improved team over the last few years under head coach Art Briles. In the last three seasons, Briles has led Baylor to a 29-10 record and the Big 12 Conference title in 2013.

The Bears are currently projected 9th in ESPN’s Post-Spring Way-Too-Early Preseason Top 25, while the Georgia Bulldogs are projected 8th.