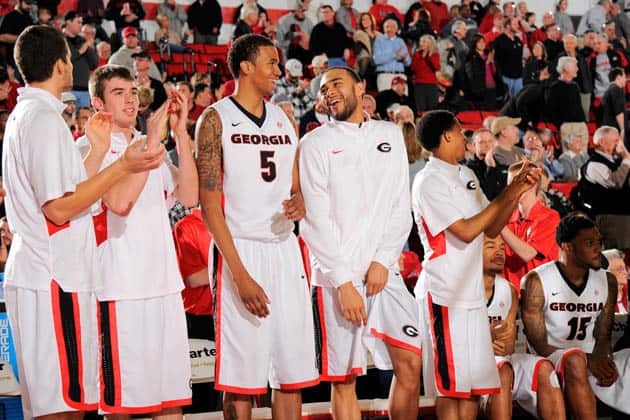 Dixon, 6-foot-10 and 225 pounds, hails from Oldsmar, Florida. He signed with Mark Fox and the Bulldogs in November 2010, but has played sparingly over his three seasons in Athens.

Last season, Dixon played 259 total minutes over 33 games for an average of only 7.8 minutes per game. With such little playing time, he averaged only 0.8 points and 1.3 rebounds.

Dixon is the second post player to transfer from Georgia following center John Cannon’s decision to leave the team prior to the completion of the 2013-14 season.

On Wednesday, Georgia signed two new post players in Yante Maten and Osahen Iduwe. Maten is a 6-8 forward from Bloomfield Hills, Michigan. He averaged 19.8 points, 15.2 rebounds, 6.6 blocks and 4.8 assists as a senior, shooting 66 percent from the field.

Iduwe (6-11) is more of a project, having only played basketball for a few years. He is currently attending St. John’s Northwestern Military Academy in Delafield, Wisconsin. In one season for the Lancers, he averaged 8.8 points, 8.2 rebounds and 2.4 blocks per game.

With Dixon leaving, Mark Fox and the Bulldogs now have one open scholarship that they can fill before the signing period ends on May 21.

Two of the top recruits in Georgia may be back on the market due to coaching moves. Ahmed Hill, a 6-4 shooting guard, signed with Marquette but was released after head coach Buzz Williams left for Virginia Tech.

Jakeenan Gant, a 6-8 power forward, signed with the Missouri Tigers. But his situation is now in flux because head coach Frank Haith is leaving for the same position at Tulsa.

If either recruit shows renewed interest in the Bulldogs, that would be a huge coup, especially with how it appeared we would miss on just about everyone in this class.