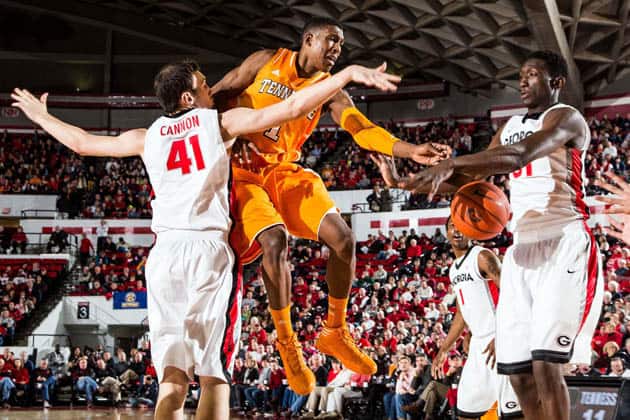 Cannon, a junior center from Burnsville, N.C., had played in 18 of Georgia’s 30 games this season, scoring 25 total points (1.4 per game) and pulling down 19 rebounds (1.1 per game), with five blocked shots.

“I have decided to transfer from the University of Georgia Basketball program to consider other opportunities to play basketball and get my degree,” Cannon said. “I want to thank Georgia for the opportunity and support, especially my teammates who mean the world to me. The timing for wanting my transfer allows me to get a head start on looking at the options that may be available. I want to wish everyone at Georgia the best, and I’m excited about the possibilities ahead.”

Cannon’s most productive season was in 2013, when he started in two of 27 games and averaged 2.6 points and 1.8 rebounds. In that season he had a career-high 10 points and seven rebounds against Southern California.

“I’d like to wish John the best as he continues his career,” Fox said. “I certainly understand his desire for more opportunities for playing time elsewhere. We appreciate his contributions to the program over the past three years.”

Georgia begins play in the 2014 Southeastern Conference Tournament on Friday at approximately 9:30 p.m. against an opponent yet to be determined.