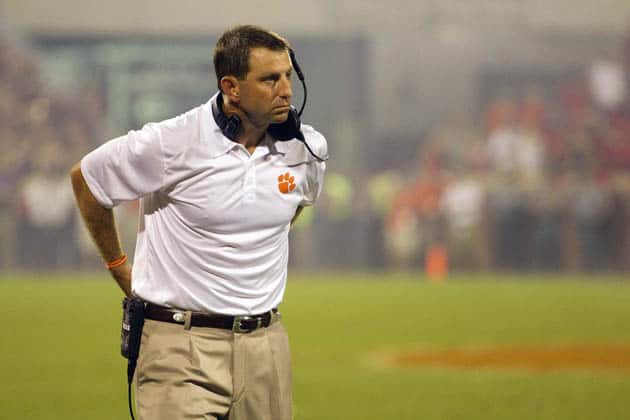 The Clemson Tigers have suspended four players for the season-opening game against the Georgia Bulldogs in Athens, head coach Dabo Swinney announced on Tuesday.

“A huge part of our program is teaching accountability, responsibility and that there are consequences for your actions,” Swinney said in a statement. “These are four good young men, but they broke a team rule and as a result, they will each miss a game. I am hopeful that they will learn and grow from this and have a great 2014 season on and off the field.”

Georgia and Clemson are set to meet between the hedges on Saturday, Aug. 30. The game will likely be televised nationally, although an announcement has yet to be made.