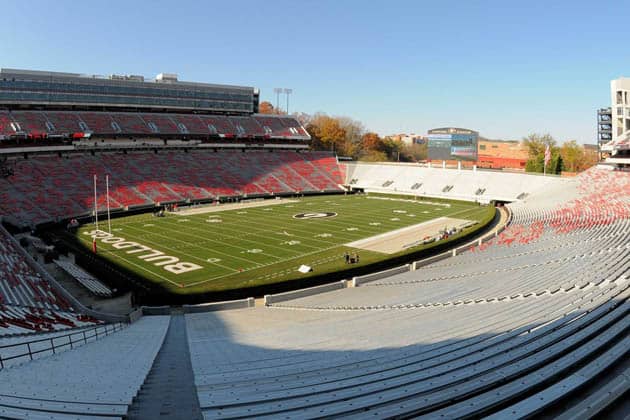 Due to the relocation of Georgia Football recruits and their families, approximately 300 additional East Lower Club seats will be allocated to members of The Georgia Bulldog Club. During the 2013 Hartman Fund drive, only 34 seats became available in the East Lower Club. This influx of additional seating increases the opportunity for donors to view the exciting 2014 Georgia Football schedule from comfortable lower-level seating.

Located on the back rows of sections 115-124, the East Lower Club requires a minimum donation of $250 per seat and a maximum of four club seats are permitted on any account. These chairback seats are located under the overhang and provide protection from the elements.

The 2014 Hartman Fund donation deadline is Feb. 15, 2014. For further information on how you can increase your donation or begin membership, please contact The Georgia Bulldog Club at 877 423.2947, gadawgs@sports.uga.edu or by visiting online at www.thegeorgiabulldogclub.com.