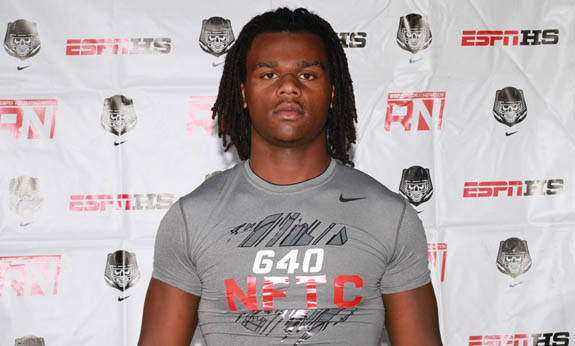 Keyon Brown has committed to UGA for 2014.

UGA has picked up a verbal commitment from four-star defensive end Keyon Brown of Wauchula, Florida. He is the 17th commitment for Georgia’s 2014 recruiting class.

“Georgia has really came after me hard,” Brown told UGASports.com. “I like the program, the facilities, and the environment there. It is a small town that reminds me of where I’m from.”

Brown is the third defensive lineman to commit to Georgia for 2014. He joins Kendall Baker of Atlanta, GA, Lamont Gaillard of Fayetteville, NC, and Dontavius Russell of Carrollton, GA.