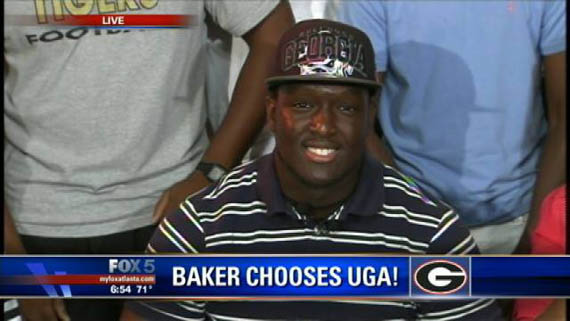 “I want to play in front of the home crowd,” Baker told UGASports.com. “I grew up here. I grew up watching Georgia. I have family and friends here and they would be able to see me. Then when I went up there, it felt like I was a part of the family there. Ever since Georgia offered me, they recruited me hard. They recruited me as hard as any school throughout the process.”

Baker is a versatile recruit that can play on both the defensive and offensive lines. He said he is 100% to Georgia and is done with recruiting.