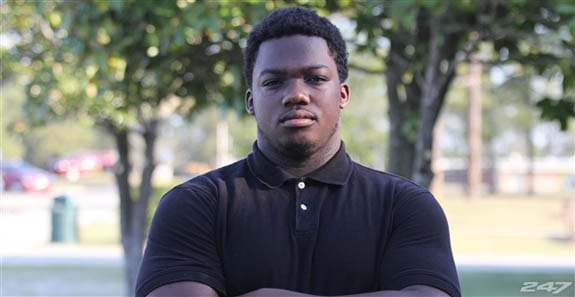 Mark Richt and the Georgia Bulldogs have added another 2014 commitment, and this one is from Fayetteville, NC defensive lineman Lamont Gaillard.

Gaillard is a 6-2, 328-pound defensive lineman who plays for Pine Forest High School. He committed to UGA over offers from most of the top schools, including Alabama, Clemson, Florida, Florida State, LSU, Miami (FL), North Carolina, NC State, Notre Dame, and South Carolina.

247Sports rates Gaillard as a 5-star recruit, the no. 1 player in North Carolina, the no. 3 defensive tackle, and the no. 19 recruit overall in the nation.

Georgia now has 16 commitments for the 2014 class, and three of them are defensive linemen. UGA’s other two DL commitments are Kendall Baker and Dontavius Russell.