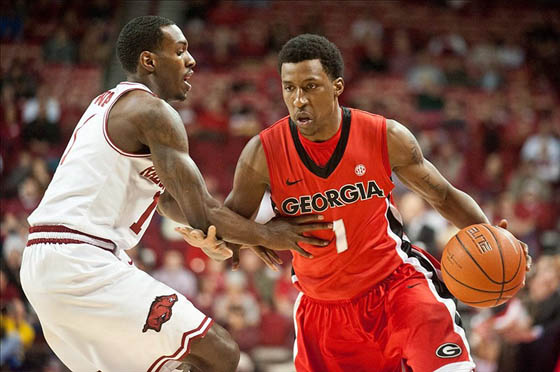 Caldwell-Pope is heading to the NBA. Beth Hall-USA TODAY Sports

“It’s been a pleasure to coach Kentavious and to see him grow as both a player and a person,” Fox said.  “I wish him nothing but success as he pursues his dreams.  He will always be a part of the Georgia family.”

Caldwell-Pope will hire an agent, which means he won’t be able to test the draft waters and then change his mind. The 2013 NBA Draft is scheduled for Thursday, June 27.

The loss of Caldwell-Pope is a big blow to the 2013-14 Hoop Dawgs and leaves them without a consistent scoring threat.  Most of the 2012-13 team returns next season, but it will be a challenge for the Bulldogs to build off of their late season success.