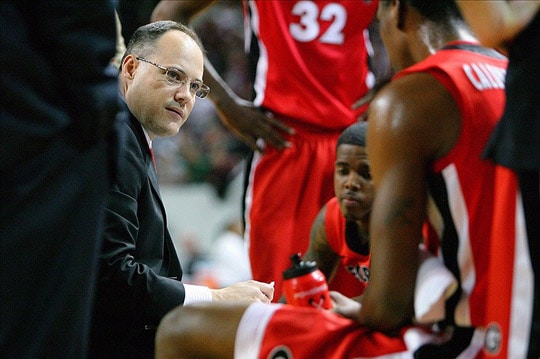 The Georgia Bulldogs have scheduled a home-and-home basketball series against the George Washington Colonials for the 2012-13 and 2013-14 seasons, according to a document obtained from UGA.

Georgia will host George Washington at Stegeman Coliseum in Athens on Friday, Jan. 4, 2013. The Bulldogs will then travel to face the Colonials at The Charles E. Smith Center in Washington, DC on a date to be determined in 2013-14. The two schools have never met before.

George Washington is currently a member of the Atlantic 10 Conference. They are led by head coach Mike Lonergan, who will be in his second season with the Colonials. GWU finished the 2011-12 season with a 10-21 record and an RPI rating of 188.

Sicemdawgs.com has also learned that the Mercer Bears will visit Athens on Tuesday, Dec. 18, 2012. The game is the final of a two-for-one series that began in 2010 in Macon.

The USC Trojans are scheduled to visit Athens for the 2012-13 season, but a date for that game has yet to be determined. Looking at the schedule below, it’s likely they will play sometime between Nov. 23 and Dec. 4 or between Dec. 18 and Dec. 29.

The Hoop Dawgs will also host two games in the 2012 Legends Classic, which could be against James Madison and Liberty. They will then face some combination of two between Georgetown, Indiana and UCLA.

Here is a look at Georgia’s updated 2012-13 non-conference slate: