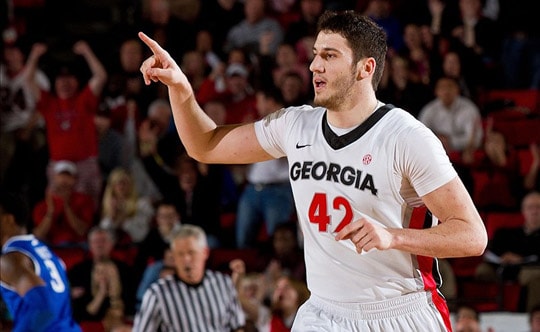 The Georgia Bulldogs have signed an agreement to play in the 2014 NIT Season Tip-Off, according to documents obtained from UGA.

Georgia is guaranteed to play four games in the tournament, which begins with the first two rounds at campus sites. The semifinals and finals are then played at Madison Square Garden in New York, usually in late November.

The tournament was formerly known as the Preseason NIT until the NCAA purchased it in 2005 and renamed it the NIT Season Tip-Off.

Georgia has played in the Preseason NIT twice. In 1988, the Bulldogs defeated Arkansas State 76-61 at home in the first round and then lost at North Carolina 99-91. Under Ron Jirsa in 1998, the Hoop Dawgs beat College of Charleston 84-63 in Athens before falling at North Carolina 65-58.