Adonai Mitchell to transfer from UGA, per report

Adonai Mitchell to transfer from UGA, per report 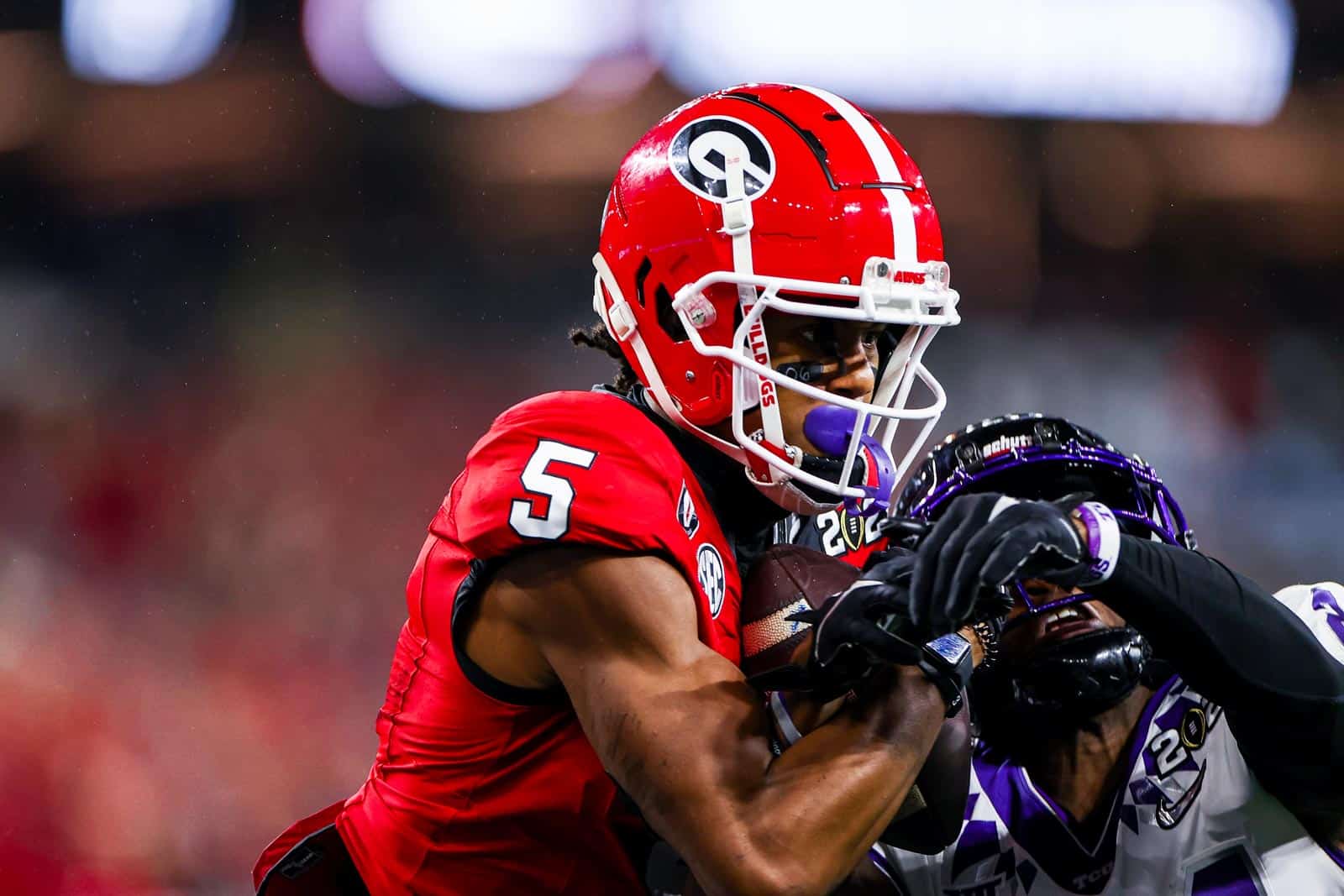 UGA football wide receiver Adonai Mitchell will transfer from the Bulldogs, according to a report from UGASports.com.

Mitchell, who goes by AD, entered the NCAA transfer portal on Wednesday, which is the final day of the transfer window for this period.

An ankle injury sidelined Mitchell for the majority of the 2022 season, but he returned to action during the two College Football Playoff games and recorded four passes for 65 yards and two touchdowns.

Mitchell, who hails from Missouri City, Texas, is reportedly seeking to return closer to his hometown in order to be closer to family. His biggest suitor appears to be the Texas Longhorns.

AD Mitchell is the second Bulldog receiver to leave Athens. Dominick Blaylock also entered the transfer portal this week and has hinted he may join the Clemson Tigers. A third Bulldog wide receiver, Kearis Jackson, declared for the 2023 NFL Draft.

Kirby Smart has been proactive this offseason in filling those holes, however. Smart landed transfer wide receivers Dominic Lovett and Rara Thomas from Missouri and Mississippi State, respectively.