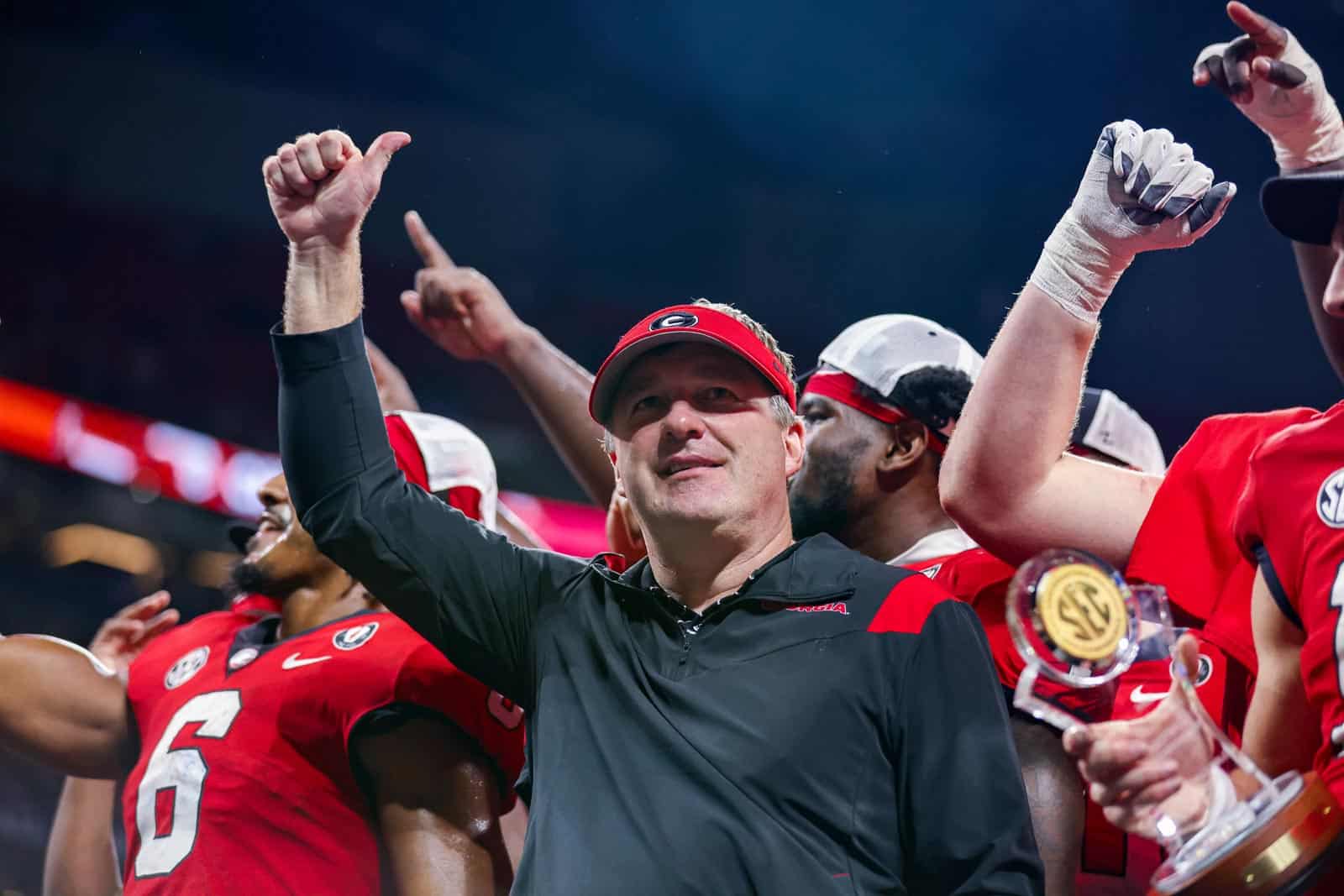 UGA football head coach Kirby Smart has been named a finalist for the 2022 Eddie Robinson Coach of the Year Award, according to an announcement from the Football Writers Association of America (FWAA).

The FWAA has presented a coaching award since the 1957 season when Ohio State’s Woody Hayes was named the first recipient. The FWAA coaching award is named after the late Eddie Robinson, a coaching legend at Grambling State University for 55 seasons.

“The Allstate Sugar Bowl is certainly honored by the opportunity to work with the FWAA in paying tribute to a Louisiana legend like Coach Robinson by sponsoring this award in his name,” said Lloyd Frischhertz, president of the Sugar Bowl Committee. “We’d also like to congratulate these eight coaches for their outstanding success this season. We look forward to presenting the trophy to the winner next month in Los Angeles.”

“We have a great group of finalists coaches for the FWAA’s 2022 Eddie Robinson Coach of the Year Award,” said Steve Richardson, FWAA Executive Director. “All are winners and have done outstanding jobs at their respective schools in the mold of one of the greatest coaches in the history of the game. It is our pleasure to support this award and Coach Rob’s legacy along with the Allstate Sugar Bowl. We greatly appreciate the Sugar Bowl’s partnership.”

The recipient of the 2022 Eddie Robinson Coach of the Year Award will be announced on Tuesday, Dec. 20. The official presentation will be at a reception on Saturday, Jan. 7, 2023, in Los Angeles, Calif., prior to the College Football Playoff National Championship Game.