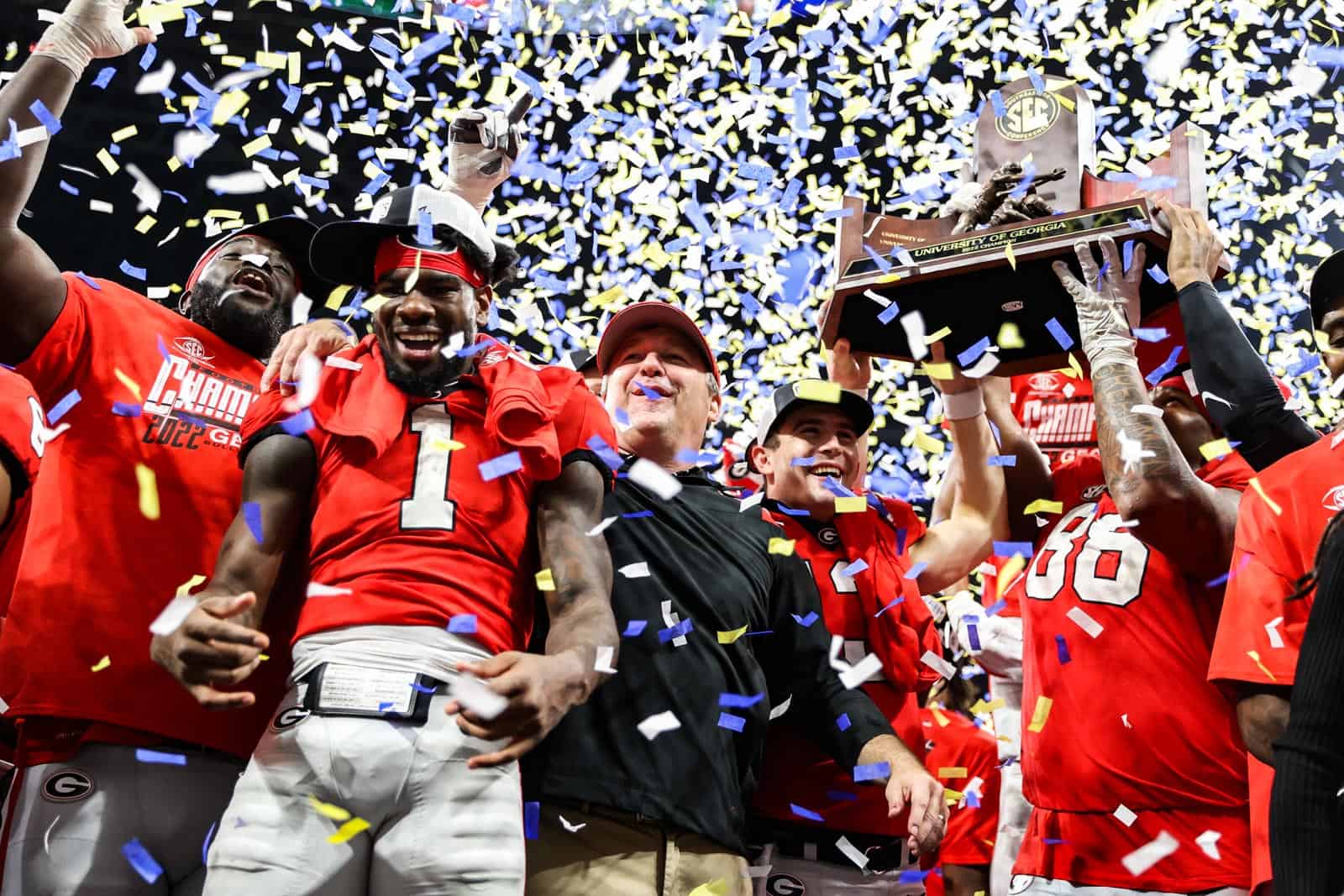 The Georgia Bulldogs will play the Ohio State Buckeyes in a College Football Playoff Semifinal game, it was announced on Sunday.

Georgia (13-0) finished as the top-ranked team in the final College Football Playoff Rankings after defeating the LSU Tigers, 50-30, in the 2022 SEC Championship Game.

The Bulldogs will take on the fourth-ranked Ohio State Buckeyes (12-1) in the College Football Playoff Semifinal at the Chick-fil-A Peach Bowl. The game will be played on New Year’s Eve, Saturday, Dec. 31 at Mercedes-Benz Stadium in Atlanta, Ga., and the game will be televised by ESPN at 8:00pm ET.

“On behalf of our team and especially our seniors we are delighted to be selected for the College Football Playoff and the opportunity to play close to home in the Chick-fil-A Peach Bowl,” said UGA head coach Kirby Smart. “To be one of the four teams in the Playoff is a goal for every team, coach, player, and fan. We are honored and I’m so proud of our team. And playing close to home presents a great opportunity for our fans who have been so supportive of our team throughout the season at home and on the road. At the same time it’s also a challenge to play at team like Ohio State which has proven to be one of college football’s most storied and accomplished programs.”

“The selection of our team to represent the University of Georgia and the Southeastern Conference is an honor only a handful of teams are fortunate to experience,” said UGA J. Reid Parker Director of Athletics Josh Brooks. “It’s a testament to all the time, energy and hard work on the part of our entire organization. I know our coaches, staff, players, and fans will have an incredible opportunity that will provide another memorable experience.”

In the other College Football Playoff Semifinal, second-ranked Michigan will face third-ranked TCU in the Vrbo Fiesta Bowl at State Farm Stadium in Glendale, Ariz. Michigan held onto the No. 2 spot after defeating Purdue in the Big Ten Championship Game, while Ohio State moved up a spot to No. 4 after a combination of them not playing this weekend and USC falling on Friday night.

Winners of the two playoff semifinals will square off in the College Football Playoff National Championship on Monday, Jan. 9, 2023. The game will be played at SoFi Stadium in Inglewood, Calif., and it will be televised by ESPN at 8:00pm ET.