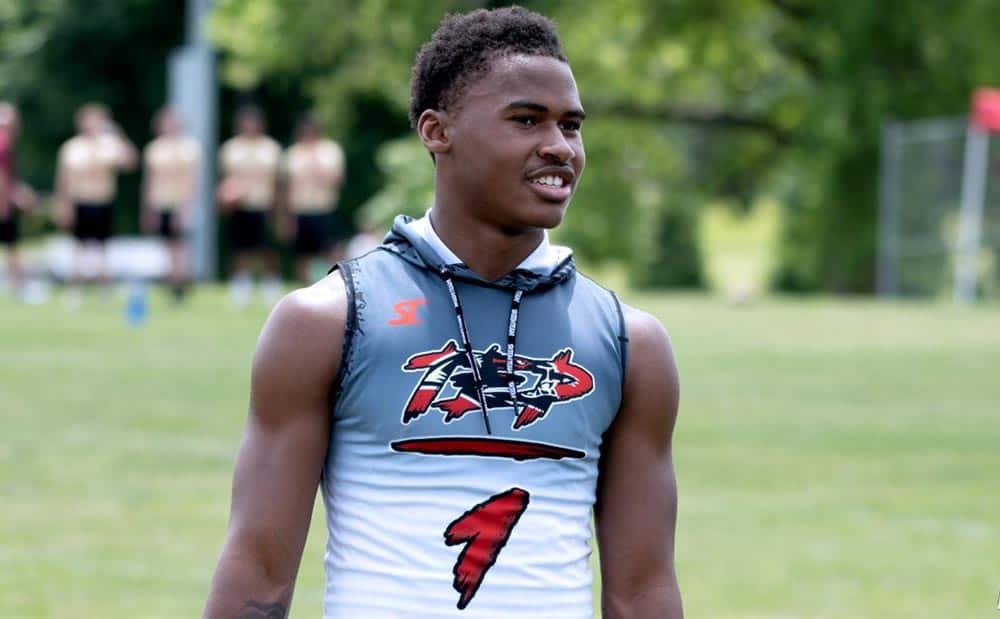 Jabree Wallace-Coleman, a running back from from Philadelphia, Pa., has committed to UGA football for the class of 2025.

Wallace-Coleman is the first commitment for Georgia’s 2025 class and is just the fourth 2025 recruit to make a public commitment.

“I’m committed to the G,” Wallace-Coleman told UGASports.com. “Georgia’s history of putting running backs out there and getting them to the next level was big. I have family down there and they were really supportive throughout this whole thing.”

“I’ve been talking to coach Fran for a longtime because he used to be at Rutgers,” Wallace-Coleman said. “I’ve been forming a good bond with him. Coach McGee and I talk about a lot. He wants me to stay on track and do well in school. He says I can be great and I just need to keep working.

“I have some family an hour and some change away from the campus,” said Coleman. “I felt really comfortable down there on campus. I always used to be in Georgia as a kid so it was already a place that I knew about.”

To date, neither 247Sports or Rivals.com have issued star ratings or rankings for the class of 2025 recruits.