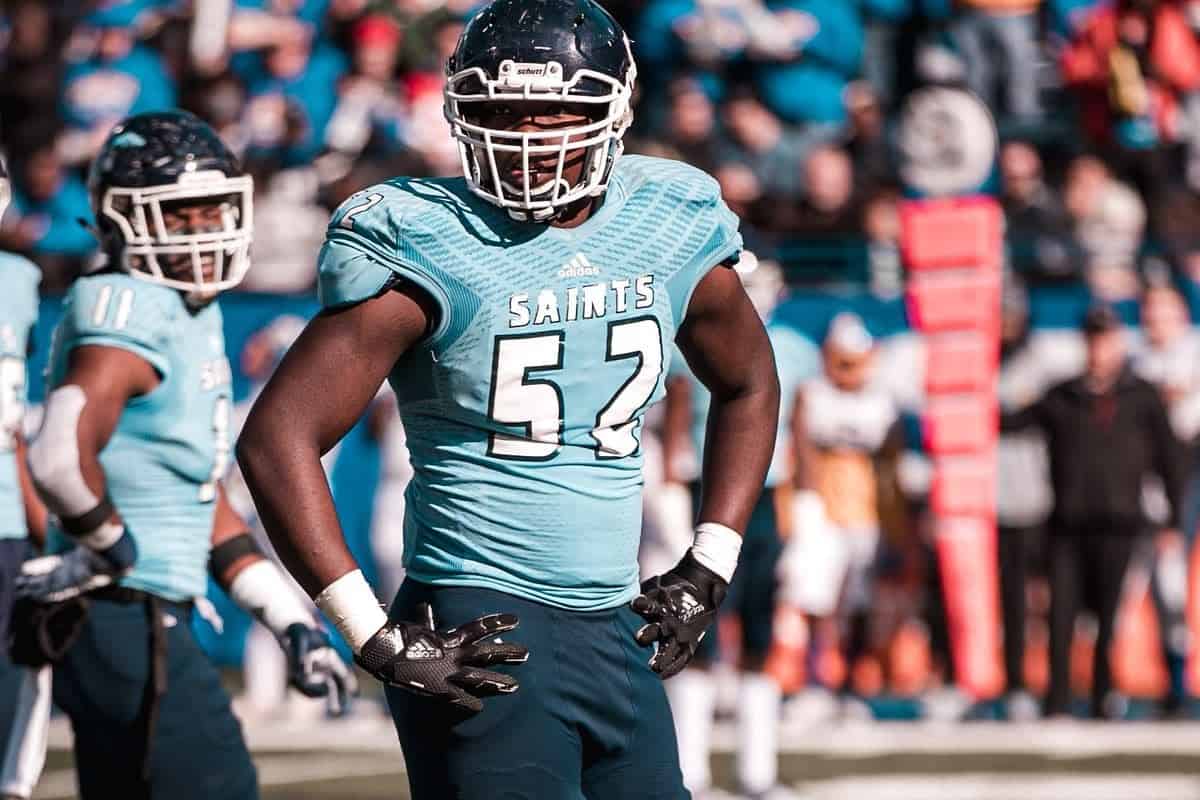 Christen Miller, a four-star defensive lineman from Ellenwood, Ga., has committed to UGA football for the class of 2022.

Miller announced his commitment to Kirby Smart and the national champion Georgia Bulldogs during a ceremony at his school on Signing Day on Wednesday, Feb. 2, 2022.

#Rivals100 defensive tackle Christen Miller has committed to #GoDawgs over #OhioState and #Miami among others. #UGA defense continues to reload. pic.twitter.com/S4XvqCzmG5

Christen Miller (6-4, 294) currently plays for Cedar Grove High School. He committed to the Bulldogs over Ohio State, Oregon, Miami, Florida A&M, and others.

In the 247Sports Composite, Christen Miller is rated as a four-star recruit, the No. 14 defensive lineman, and the No. 102 overall recruit in the country for 2022.

Rivals.com rates Christen Miller as a four-star recruit, the No. 5 defensive tackle, and the No. 76 overall recruit.

With the addition of Miller, the Georgia Bulldogs now have 28 commitments for the class of 2022. UGA’s class is currently ranked third in the 247Sports Team Rankings, just behind Texas A&M and Alabama.