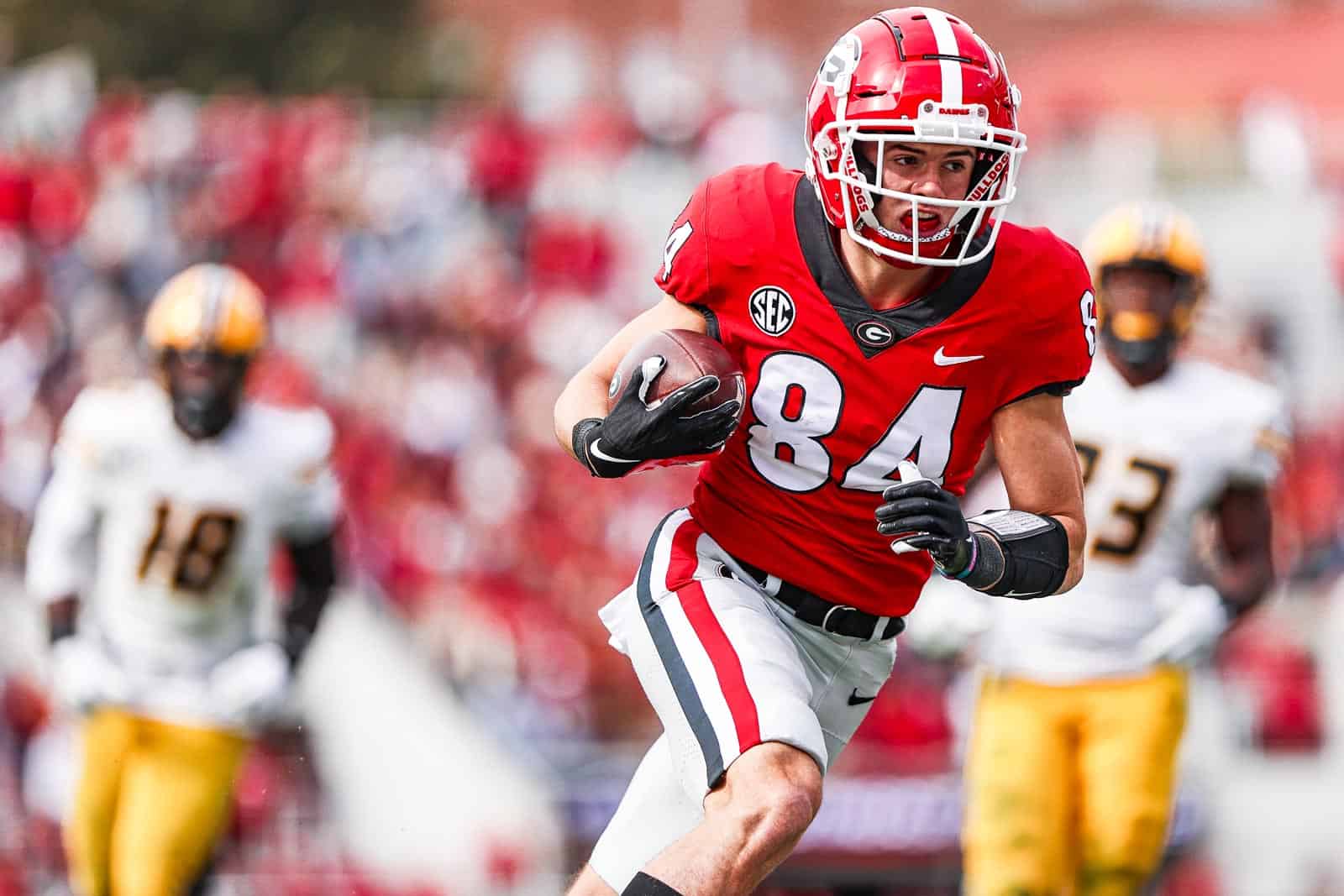 Four Georgia Bulldogs have been named to the 2021 Freshman All-SEC Team following a vote by the league’s coaches, it was announced on Thursday.

Brock Bowers, who hails from Napa, Calif., was also named to the AP and Coaches’ All-SEC First Team and was named the SEC Freshman of the Year by the league’s coaches and the AP.

Ladd McConkey, a native of Chatsworth, Ga., played in all 13 games for the Bulldogs this season and started in seven games. He caught 28 passes for 430 yards and five touchdowns this season to go along with two rushes for 39 yards and another touchdown.

Broderick Jones, who hails from Lithonia, Ga., played in every game this season and started the last four games at left offensive tackle.

Kelee Ringo has also played in all 13 games this season and started in the past 10. Ringo, a native of Tacoma, Wash., was named to the 4th annual Shaun Alexander Freshman of the Year Award, which is presented by the Maxwell Football Club to the nation’s top freshman.