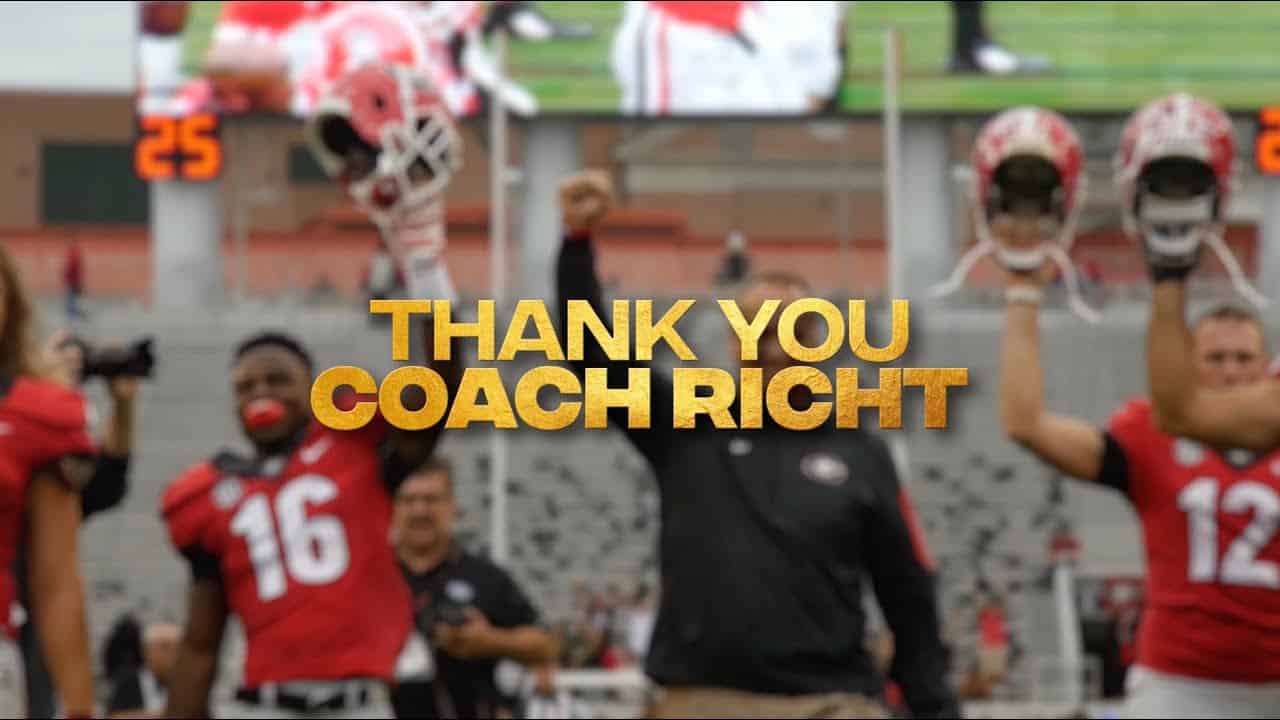 Mark Richt was the head coach of the Georgia Bulldogs from 2001 through 2015. He led the Bulldogs to two SEC Championships, five SEC East Division Championships, and had a 9-5 record in postseason bowl games, including Sugar Bowl victories in 2002 and 2007.

Check out the video below, which was played at Sanford Stadium during the Mark Richt ceremony. Go Dawgs!