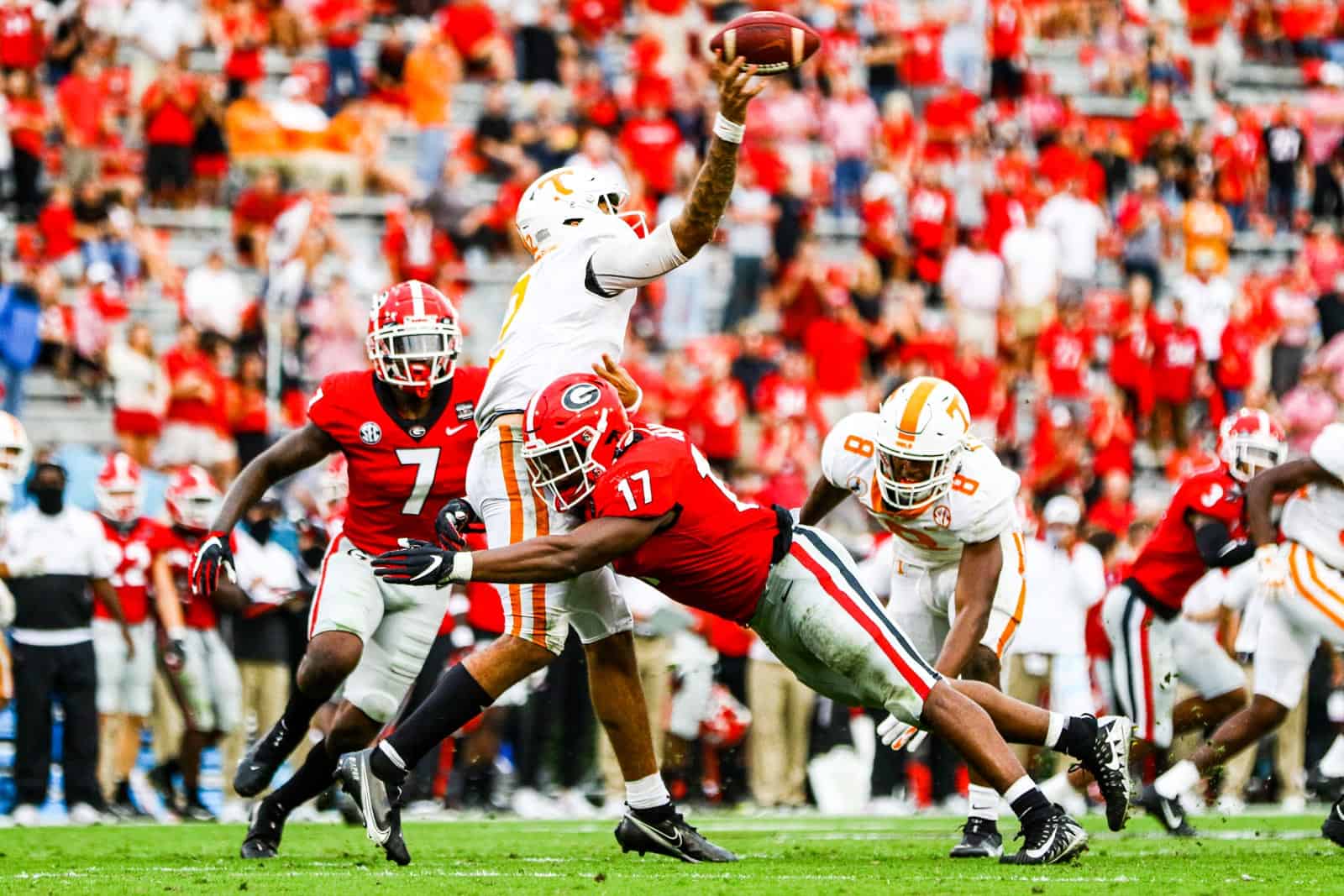 Georgia’s game on the road against the Tennessee Volunteers on Saturday, November 13 will be televised by CBS at 3:30pm ET, the SEC has announced.

Georgia-Tennessee tickets are available from our partner StubHub. The get-in price is currently around $90 plus fees.

The Bulldogs and Volunteers met last season at Dooley Field at Sanford Stadium in Athens, Ga., with the Bulldogs coming out on top 44-21. Georgia has defeated Tennessee in four consecutive meetings and the Bulldogs currently lead the overall series 25-23-2.

Georgia and Tennessee first met on the gridiron in 1899 and have played every season since 1992 when the SEC split into East and West divisions.

This will be Georgia’s fourth appearance on CBS this season following their contests against Auburn, Kentucky, and Florida. The Bulldogs have also appeared on ABC (Clemson), ESPN (South Carolina), ESPN2 (UAB), and the SEC Network (Vanderbilt) once each during the 2021 campaign.

Georgia’s game on Saturday, Nov. 6 at home against the Missouri Tigers is slated for noon ET on ESPN.

Kickoff for the home game against the Charleston Southern Buccaneers on Saturday, Nov. 20 has already been set for 12:00pm ET. The game will be streamed live via SEC Network+ and ESPN+.