Nakobe Dean named a finalist for the 2021 Wuerffel Trophy

Nakobe Dean named a finalist for the 2021 Wuerffel Trophy 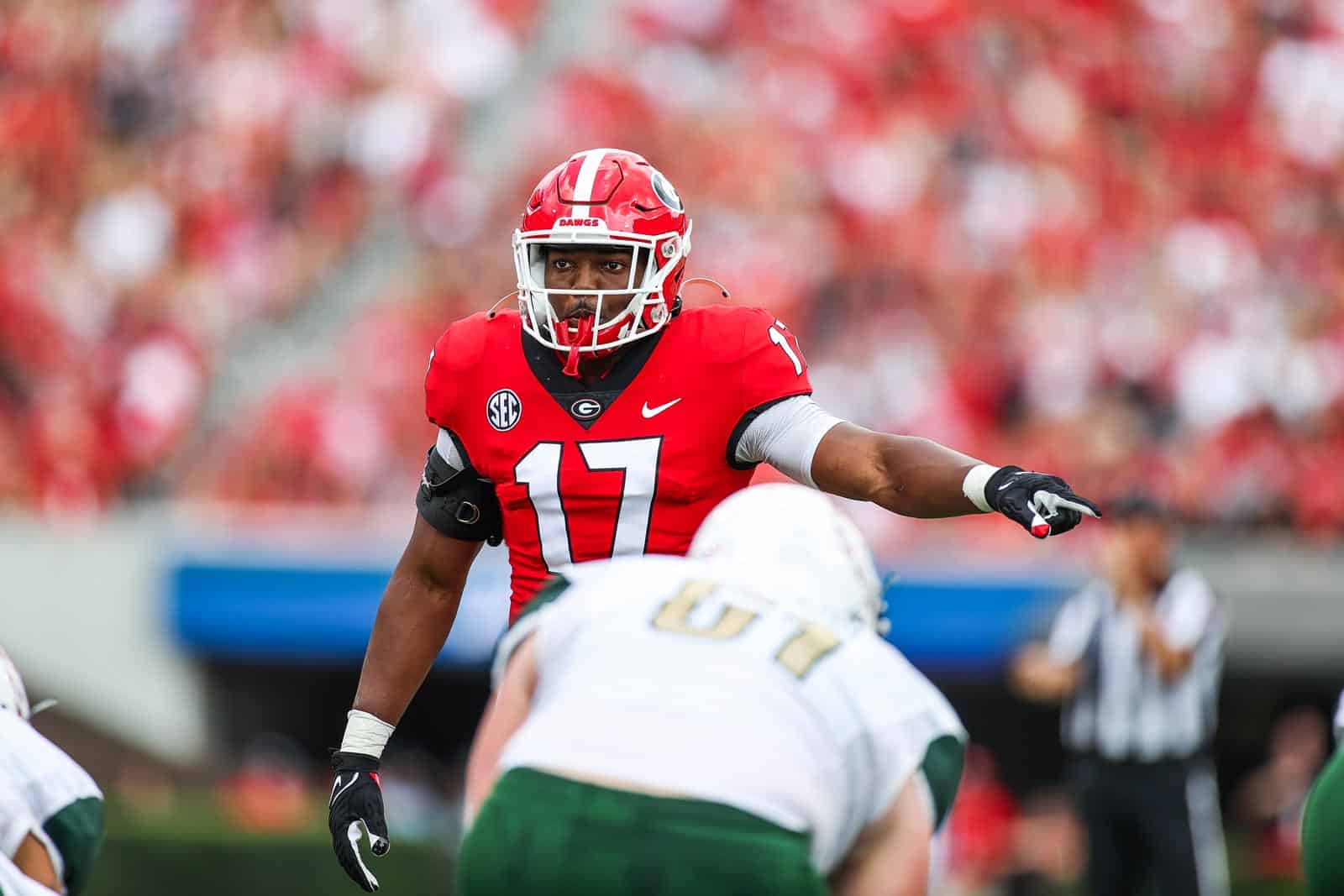 UGA football junior linebacker Nakobe Dean has been named a finalist for the 2021 Wuerffel Trophy, the Chick-fil-A Foundation has announced.

“One of the hardest things for our selection committee to do is to narrow down the 90 FBS nominees to just three Wuerffel Trophy finalists, and this year was no exception,” said Danny Wuerffel. “We are so excited for these deserving student athletes who prioritize serving others while achieving on the field and in the classroom.  Congratulations to Isaiah, Nakobe and Patrick for being named 2021 Wuerffel Trophy finalists.”​

Below are the three finalists for this year’s trophy:

The winner of the 2021 Wuerffel Trophy will be announced on Thursday, December 9 at The Home Depot College Football Awards Show on ESPN.

Nakobe Dean, who hails from Horn Lake, Miss., is the second-leading tackler for Georgia this season with 50, which includes seven tackles for loss and 4.5 sacks. Dean also has two interceptions, one of which he returned 50 yards for a touchdown against Florida.

The Georgia Bulldogs (11-0, 8-0 SEC) are scheduled to play at the Georgia Tech Yellow Jackets (2-6, 3-8) this Saturday at Bobby Dodd Stadium in Atlanta, Ga. The game will be televised by ABC at noon ET.