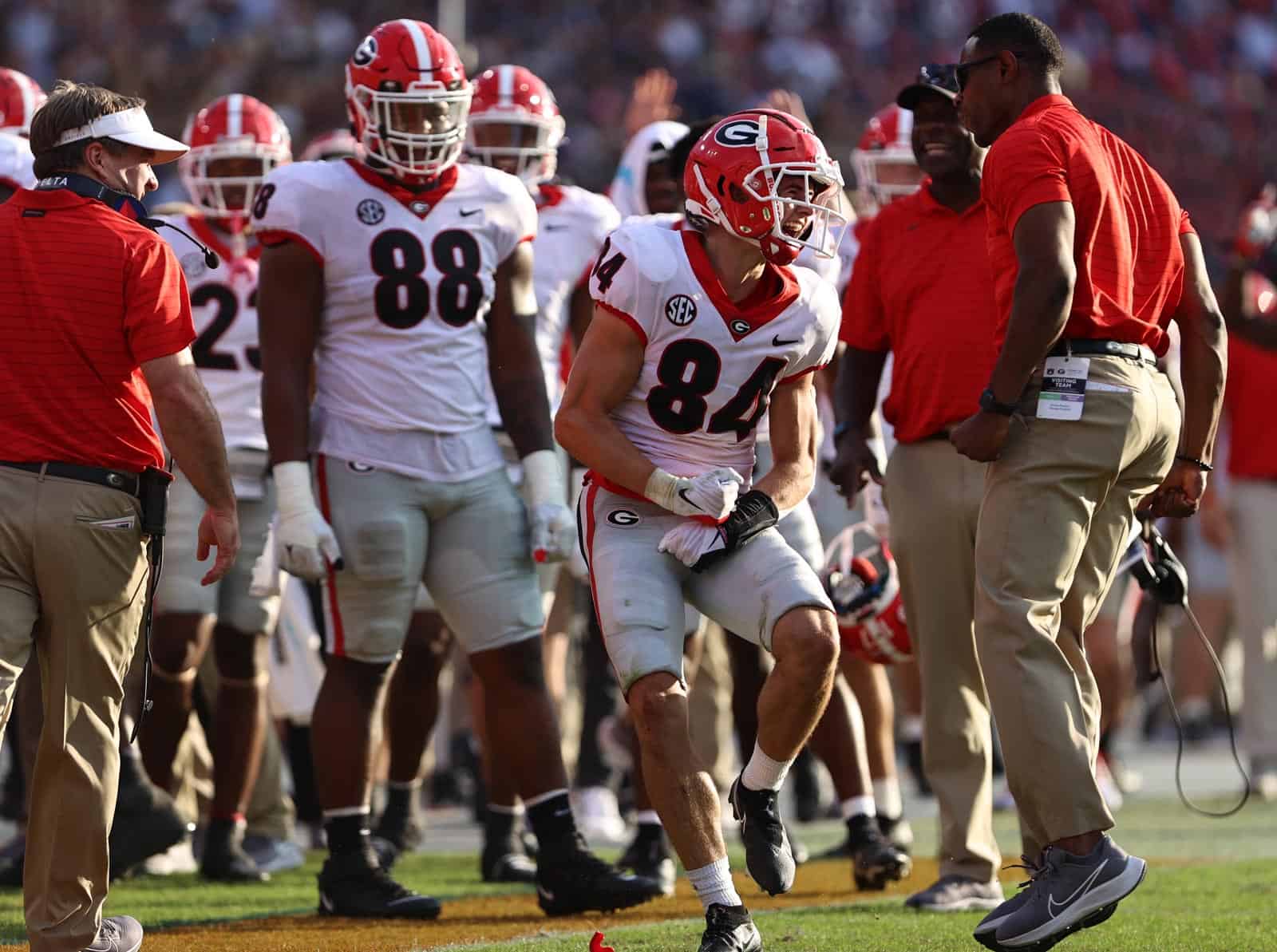 Ladd McConkey, a redshirt freshman wide receiver for the Georgia Bulldogs, has been named SEC Freshman of the Week, the SEC announced on Monday.

McConkey, a native of Chatsworth, Ga., earned the weekly SEC honor following his performance on Saturday in Georgia’s 34-10 win on the road at the 18th-ranked Auburn Tigers. He led the Bulldogs in receiving with five catches for 135 yards and a touchdown.

The Bulldogs’ next game is at home against the 11th-ranked Kentucky Wildcats (6-0) on Saturday, Oct. 16 at Dooley Field at Sanford Stadium in Athens, Ga. (Buy Tickets). The game will be televised by CBS at 3:30pm ET.