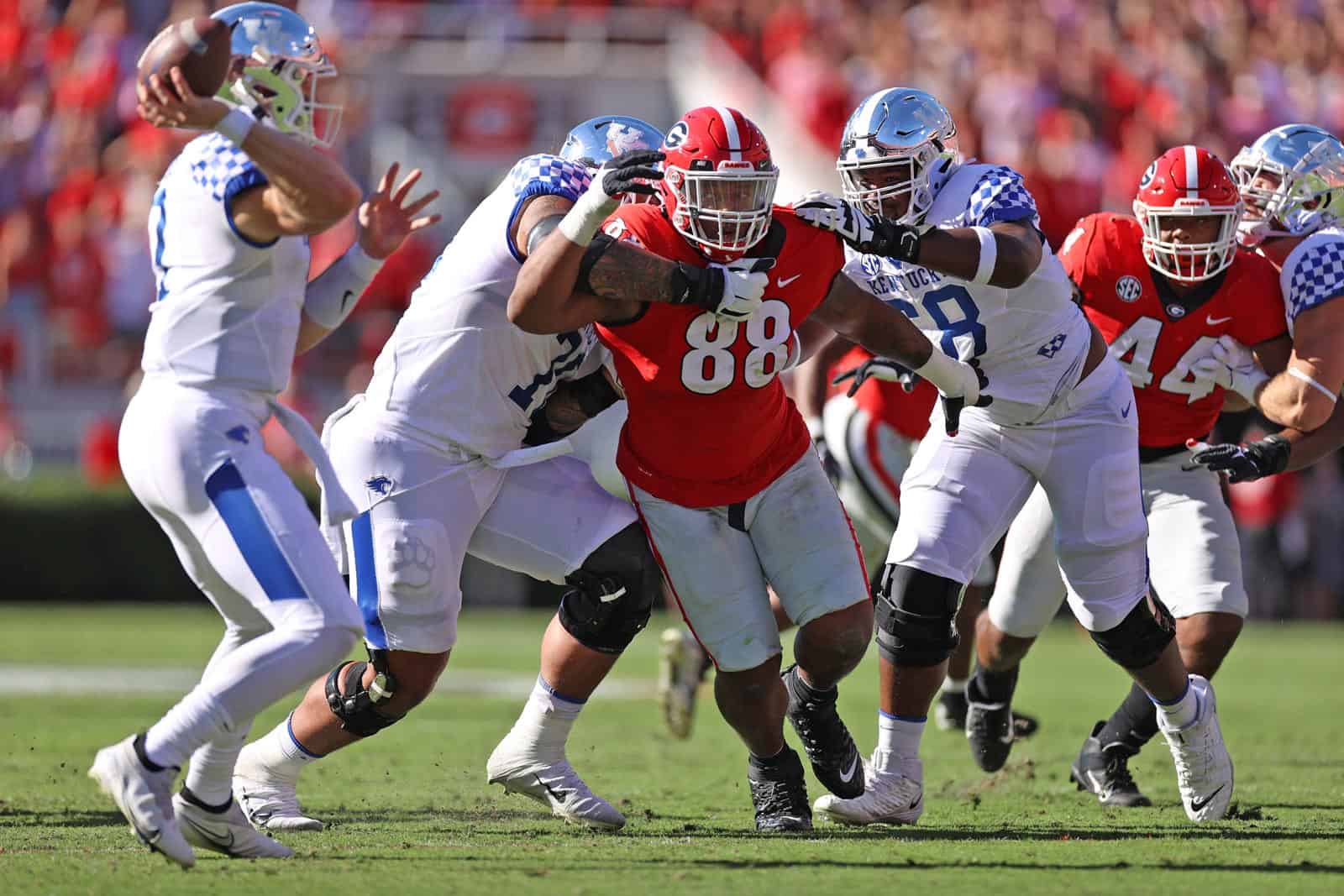 Carter, a native of Apopka, Fla., finished with six tackles, including a sack and 2.5 tackles for loss, and blocked an extra point during Georgia’s victory.  With Georgia leading 14-7, Carter sacked the Wildcat quarterback to force a 4th-and-15 situation and help the Bulldogs head into the locker room up by a touchdown.  He finished his day by blocking the Wildcat extra point after Kentucky pushed in their second touchdown with just :04 left in the game.  Carter was one of the anchors in the middle as Kentucky managed only four first downs on the ground and just 3.5 yards/play.

Bowers, a native of Napa, Calif., hauled in six catches for a game-high 101 yards and two touchdowns during Georgia’s seventh win.  He helped the Bulldogs distance themselves 21-7 from the Wildcats with an acrobatic 27-yard catch in the end zone.  In the fourth quarter, Bowers put the game out of reach for Kentucky as he caught a 20-yard touchdown catch that was lofted over the hands of the Wildcats.

The Bulldogs’ next game is against the Florida Gators (4-2) on Saturday, Oct. 30 at TIAA Bank Field in Jacksonville, Fla. (Buy Tickets). The game will be televised by CBS at 3:30pm ET.