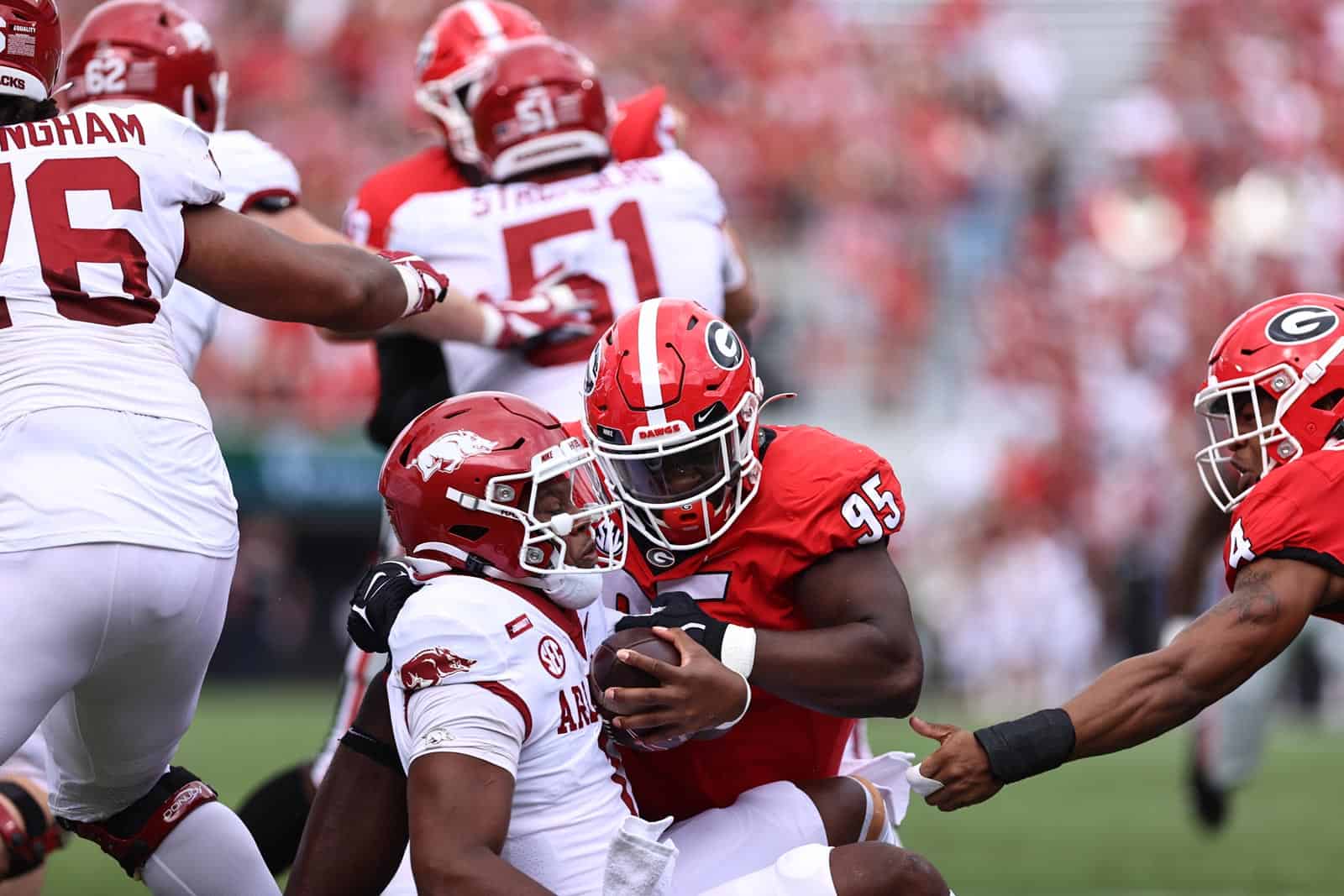 Devonte Wyatt, a senior defensive lineman for the Georgia Bulldogs, has been named SEC Defensive Lineman of the Week, the SEC announced on Monday.

Wyatt, who hails from Decatur, Ga., earned the weekly SEC honor following his performance on Saturday in Georgia’s 37-0 home shutout victory over the previously 8th-ranked Arkansas Razorbacks. He led the Bulldogs with six tackles and also garnered 1.5 sacks and a forced fumble.

This marks the seventh weekly honor for the Bulldogs this season and the first for Wyatt. Freshman TE Brock Bowers (Freshman) garnered an award after the Vanderbilt win while junior ILB Nolan Smith (Defensive Player) and WR Adonai Mitchell (Freshman) earned honors following the victory over South Carolina.

The Bulldogs’ next game is on the road against the No. 18 Auburn Tigers on Saturday, Oct. 9 at Jordan-Hare Stadium in Auburn, Ala. (Buy Tickets). The game will be televised by CBS at 3:30pm ET.